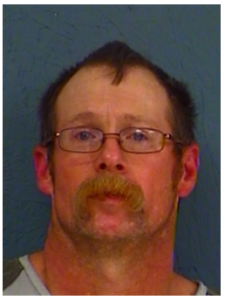 Johnny Glenn Kerney, 43, was arrested in Hopkins County yesterday for Aggravated Assault with a Deadly Weapon and Tampering with Physical Evidence after allegedly threatening to kill his wife with a gun.

Hopkins County Sheriff’s Office Deputies were dispatched to a disturbance in Saltillo on Monday afternoon. Deputies made contact with the subject’s wife who stated that Kerney threatened to kill her. She stated that at one point Kerney had a gun in his hand and placed it on the dash of their vehicle.

Kerney told officers that he drove down County Road 3597 and threw the gun in a ditch. Deputies recovered the gun and placed it into evidence. Kerney was placed under arrest and transported to Hopkins County Jail. Bond has not been set.