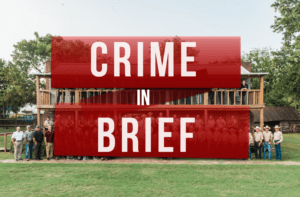 The Hopkins County Sheriff’s Office has arrested a 49-year-old Sulphur Springs man on an active warrant of indecency with a child.

HCSO was conducting routine checks in the Lowe’s parking lot at 9 p.m. on March 29, and allegedly saw a vehicle parked away from other vehicles, according to a statement.

A check of the vehicle showed it was registered to Steven Marcos Melhoff, 49, who had an outstanding warrant for violation of parole and indecency with a child.

Melhoff was taken into custody without incident, HCSO said. Bond has been denied, according to records.

All the Right Places