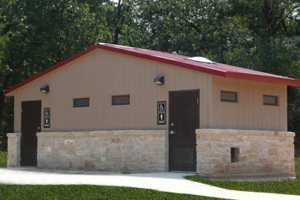 The Sulphur Springs city council discussed concrete bids and buzzards, among other items of business at the regular January 4 council session.

After the manager’s report from city manager Marc Maxwell and a finance report from finance director Lesa Smith from 7:04 p.m. to 7:13 p.m. [see related story], the council moved on to old business.

The following 380 agreements were approved unanimously:

The council then discussed an application to rezone a property located at 1381 West Industrial Drive identified as Lot 5, Block 215, Town: Sulphur Springs consisting of approximately 0.97 acres from heavy commercial to light industrial.

Community development director Tory Niewiadomski noted that the property’s owner, John Heilman, owned an adjacent property consisting of approximately seven and a half acres. Heilman requested the property be rezoned from heavy commercial to light industrial so the two properties could have the same zoning, Niewiadomski said.

The council then discussed establishing a reinvestment zone for D6 Inc. Council member Jay Julian immediately moved to adopt the resolution, and with no further discussion, the council unanimously approved the reinvestment zone. D6, located near OceanSpray Cranberries, makes filmseal and packaging.

The council then discussed a grant for the Community Resiliency Program. Previously discussed during the December meeting, Smith updated the council that architectural estimates for a 11,000 square-foot Senior Activity Center will cost $3.6 million.

“We are proposing to apply for $3 million… we still have our funds we will use,” Smith said. Complete with furnishings and finishes, Smith put the total cost of the Senior Center at $4.2-$4.3 million.

Niewiadomski lamented the difficulty of predicting construction costs, as material prices continue to fluctuate with an unstable post-pandemic supply market.

The council unanimously approved the city to apply for the $3 million grant for the Senior Activity Center.

The city then discussed bids for concrete for Pacific Park. According to Smith, the city received two bids: one from Bell Concrete for $120/cubic yard and one from Martin Marietta for $121/cubic yard.

Smith requested the council award the contract to Bell Concrete. With no questions, the bid from Bell Concrete was approved. The concrete will be used for all surfaces except the planned sports pavilion, and will be paid for by a Texas Parks and Wildlife grant.

Continuing on the theme of inflation, Smith noted that a similar bid for concrete at this time last year went for $110/cubic yard.

“We are seeing the impacts of inflation,” she noted.

“It’s going to be interesting the next six months,” Maxwell agreed. “The economy is hitting a wall in China, so we may see commodity prices start to come back in– but who knows?”

The council then discussed the purchase of precast concrete for Pacific Park restrooms.

“They designed it with this specific bathroom in mind,” Smith presented. “It comes fully complete, it’s fully-furnished, concrete, and sturdy. It’s good for what we need at the [Pacific] Park.”

Smith noted that other features included anti-graffiti coating and utility-ready hookup. The total cost will be $87,820, Smith said.

The council unanimously approved the purchase of the restrooms.

The council unanimously approved a motion for Maxwell to enter into negotiations regarding undisclosed “real property” as discussed during the 6:30 p.m. executive session on Project Superman and other business development opportunities.

Citizen Ron White appeared during public comment to inform the council of “two or three big old trees” near the Dairy Queen between Fore and Garrison streets which seems to be the congregating location of “several hundred buzzards.”

White stated he liked neither the smell, noise, nor mess of the birds. He expressed consternation that the nearby school and homeowners were forced to look upon the buzzards.

Maxwell expressed the city was aware of the problem, and asked White if he had any ideas to deal with the birds. White suggested banging a bucket with a metal spoon, or firing compressed air at the birds.

Maxwell stated so far the city has only seen success in cutting down the birds’ habitat, “and then they move somewhere else.”

Mayor John Sellers promised to “see what we [the city] can do.”

With no further comments, the meeting was adjourned at 7:36 p.m.