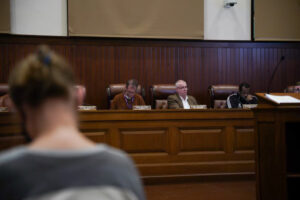 The Sulphur Springs city council discussed fuel prices, among other items of business at the regular January 4 council session.

After an opening prayer by council member Rev. Harold Nash, the meeting was convened at 7:02 p.m.

During December’s council meeting, council member Jay Julian discussed with those assembled during the manager’s report that he would like the city to be mindful of inflation.

Smith stated during the January meeting it was inflation of fuel costs that concerned her the most, and she had therefore prepared materials for the council to consider. 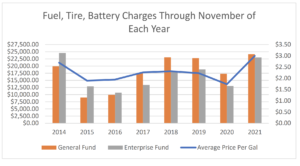 No action was taken on the manager’s report or finance director’s report, as none is required.

By Taylor Nye. Logan Vaughan contributed to this report.