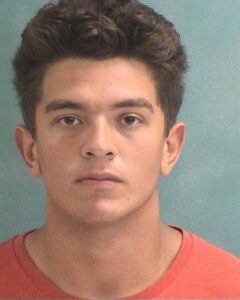 The Hopkins County Sheriff’s Office has arrested an alleged perpetrator of sexual offenses against children, according to police reports.

The Nacogdoches County Sheriff’s Office was seeking Logan Rey Torres, 18, of Winnsboro, on charges of aggravated sexual assault of a child, a first-degree felony, and indecency with a child, a second-degree felony.

Nacogdoches County stated Torres was accused of assaulting a child under 14 years old in July 2021, and warrants were issued in the 145th District Court early in December.

Nacogdoches County stated that the HCSO received a tip from a concerned citizen regarding Torres’ location.

At approximately 1 p.m. on December 29, HCSO deputies located Torres at an address in the 19000 block of Highway 11 and took him into custody without incident, reports stated.

Bond for the charges has been set at a cumulative $200,000, according to records.