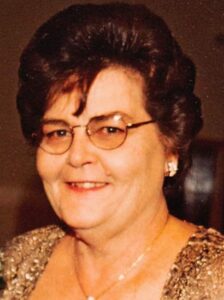 Mary graduated from Thomas Jefferson High School and attended Tarleton State where she met her husband Tom. She was married to Thomas M. Savage Sr. on September 24, 1966. Mary worked at Richland Community College and Dallas Times Herald. She had a passion for her grandchildren.

Visitation will be held at Sparkman Funeral Home, January 3, 2022, and Funeral Mass with Committal to follow at Calvary Hill, January 4, 2022.