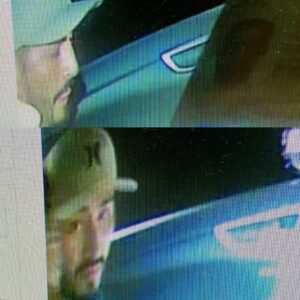 UPDATE 11 a.m. Dec. 28: At approximately 12:54 a.m. on Dec. 27, HCSO arrested José Alemán Sandoval, 32, of Houston, in connection with this alleged offense. Sandoval was booked in to HCSO jail by deputies Fite and Davis on charges of evading arrest/detention and manufacture or delivery of a schedule 1 controlled substance greater than 400 grams. A police report states that deputies allegedly found approximately 5 kilograms of methamphetamine in the truck. Bond has not been set, according to records.

UPDATE: 11 p.m.- No word of subject apprehension from HCSO.

UPDATE 11 a.m.- The Hopkins County Sheriff’s Office is in search of a male subject who allegedly fled the scene of a traffic stop in Brashear, according to a release.

At approximately 1 a.m., deputies conducted a traffic stop at the 116 eastbound exit on Interstate 30 near Brashear, according to a release from HCSO. When the deputies asked the driver to exit, the driver of the vehicle allegedly “threw the vehicle in drive and took off,” the statement said, traveling for about a mile before pulling over.
The driver and his passenger then bailed out of the vehicle and fled on foot near highway 67 and the south service road, HCSO stated.
The passenger was  apprehended by law enforcement, but the driver remains at large.
A Department of Public Safety helicopter scanned the area and Texas Department of Criminal Justic K9 units are on the ground at this time, HCSO noted. If you see the suspect, law enforcement urges you to call 911.
The suspect still at large was last seen wearing blue long sleeve shirt, blue jeans and a white mesh hat with a gray bill, HCSO said. A large amount of suspected methamphetamine was allegedly located in the vehicle, HCSO reported.
HCSO contributed this report.
previous post