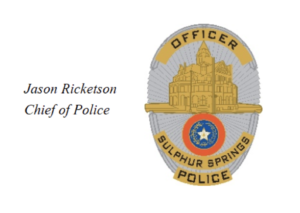 On Monday, November 8 at approximately 6 a.m., Sulphur Springs Police received a 911 call of an unconscious man laying in the boat ramp parking area of Coleman Park, according to a report.

Officers arrived to find a male subject, unconscious and breathing, lying next to his truck, the report said.

The man suffered blunt force trauma to his head, police reported. Investigators were called to the scene, along with the Texas Ranger.

The Investigation is ongoing at this time, according to Sulphur Springs Police Department. Anyone with information about this incident is advised to  contact Lieutenant Rusty Stillwagoner with SSPD at 903-885 6438 or Crime Stoppers at 903-885-2020.