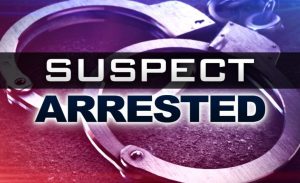 Sulphur Springs Police Department has arrested a 17 year old Sulphur Springs man in connection with the shooting at the Buford Park skate park on Sunday.

SSPD arrested Justin Quentil Richards earlier today in connection with the shooting. A mugshot of Richards is not currently available.

Richards is held at Hopkins County Jail on one charge of Aggravated Assault Causing Serious Bodily Injury. Bond has not been set at this time.