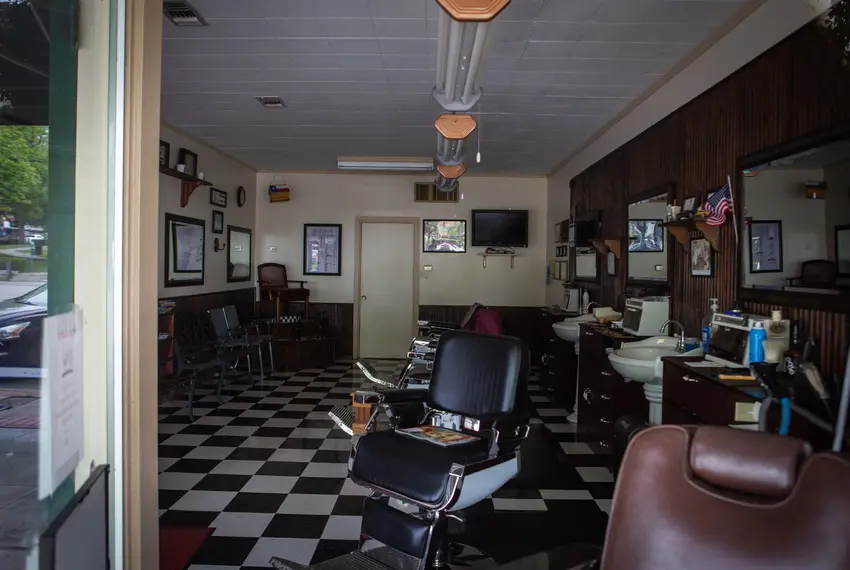 Gov. Greg Abbott will allow hair salons and pools in Texas to reopen Friday and gyms on May 18, moving more quickly than expected to further restart the Texas economy during the coronavirus pandemic.

The businesses will be required to follow certain rules, however, as the state continues to grapple with the novel coronavirus. For example, hairstylists will only be able to work with one customer at a time, while gyms can only reopen at 25% capacity, and their showers and locker rooms should remain closed.

Abbott announced the upcoming reopenings during a news conference Tuesday at the state Capitol in Austin, four days after he let stores, restaurants, movie theaters and malls reopen at 25% capacity. He had initially eyed May 18 as the earliest date to start further reopenings, but in recent days he has faced growing pressure from some in his own party to move more quickly.

Even as Abbott rolled out the additional reopenings, he braced Texans for “flare-ups in certain regions” and said the state has assembled “surge response teams” to dispatch to such problem areas.

After discussing barbershops and gyms, Abbott said state officials also want to reopen another type of business — bars — but are still figuring out how to do so safely. He said he wants feedback from bar owners, given that “not all bars are the same,” particularly when it comes to size.

Abbott also announced two other kinds of reopenings for May 18. He said office buildings can open with either five or fewer workers or 25% of the workforce, whichever is greater. Manufacturers that have been deemed nonessential can also reopen May 18, as long as they limit their occupancy to 25%.

The Friday reopenings, Abbott said, apply to “cosmetology salons, barbershops, hair salons, nail salons and tanning salons.” In addition to limiting stylists to one customer at a time, Abbott recommended salons use an appointment system only, and if they accept walk-ins, those customers should only wait inside if they can practice social distancing. Stylist stations should also be 6 feet apart, and Abbott said he strongly recommends stylists and customers wear masks.

Abbott didn’t mention pools at the news conference but said he was allowing them to reopen in a news release soon after. His executive order says pools will be limited to 25% capacity, and “local public swimming pools may so operate only if permitted by the local government.”

When it comes to gyms reopening May 18, they have to limit their capacity and keep showers and locker rooms closed, though restrooms can be open. Abbott said all equipment must be disinfected after each use. Customers should wear gloves that cover their entire hands, including the fingers. Customers should maintain social distancing. And if customers bring their own equipment into the gym, such as a yoga mat, it must be disinfected before and after each use.

Tuesday’s news conference came as the number of coronavirus cases in Texas increased to at least 33,369, including 906 deaths, according to the latest numbers from the Texas Department of State Health Services. The virus is present in 216 out of the state’s 254 counties.

The total number of tests conducted in Texas stands at 427,210, the DSHS figures show.

While the state’s testing numbers are increasing, “we’re not quite there yet,” Abbott said, expressing hope that forthcoming federal assistance, as well as state efforts like National Guard mobile testing teams, would further ramp up testing. He continued to focus on infection and hospitalization rates, noting they are holding steady or on a downward trend.

After the news conference, Democrats said Abbott was moving too quickly to further open up the economy, especially so soon after the initial reopenings.

“I thought we were waiting to see if the first round of re-opening caused COVID-19 spikes before making decisions on additional openings?” tweeted state Rep. Chris Turner of Grand Prairie, chairman of the House Democratic Caucus. “It’s been four days.”

The Texas Democratic Party said Abbott was forging ahead with the “premature opening of more of the state” despite acknowledgements that it could lead to an increase in cases. “Republicans like Greg Abbott are not here to protect your family,” the party’s executive director, Manny Garcia, said in a statement.

At the news conference last week where he announced the initial reopenings, Abbott said a second phase could start “as early as May 18” if the state continues to slow the spread of the virus.

“We need to see two weeks of data to confirm no flare-up of COVID-19,” Abbott said at the April 27 news conference.

Yet within hours after that news conference, Abbott was teasing potentially earlier action, and the ensuing days saw mounting intraparty pressure, including from several state lawmakers, to at least let barbershops and salons open immediately. Earlier Tuesday, two Republican state representatives defied Abbott by getting haircuts at a Houston-area salon.

In media appearances over the past several days, Abbott has warned the state could see a jump in cases as it reopens, both due to the increased testing and the transmission that comes with allowing more people out into the open. Shortly before Abbott’s news conference, Democrats seized on audio of a recent call with lawmakers in which he reiterated that sentiment, saying “pretty much every scientific and medical report shows that whenever you have a reopening … in the aftermath of something like this, it actually will lead to an increase in spread.”

Abbott said the surge response teams will be prepared to address any spikes, including in places like the meatpacking plants in the Panhandle that have seen a high concentration of cases. The Texas Division of Emergency Management, the state Health and Human Services Commission and the National Guard will spearhead the teams. The teams will be able to do things like provide more personal protective equipment and testing supplies, as well as work with local officials to put in place additional standards to contain the outbreak.

As he announced the further reopenings, Abbott sought to clarify some of his executive order that went into effect Friday. For example, he said weddings may begin again, but if they take place indoors somewhere other than a church, they must be limited to 25% capacity.