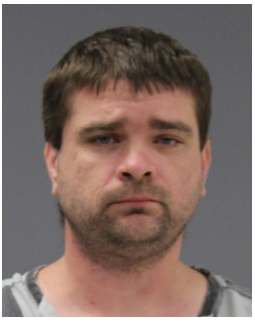 Hopkins County Sheriff’s Office arrested a 36 year old Jacksonville man on Saturday on two counts of Sexual Assault of a Child after a missing 14 year old Como female was discovered in his vehicle.

HSCO officers responded to a Como address on Saturday morning regarding a report of a missing 14 year old female. The juvenile female was supposed to spend the night with a friend but never made it to the friend’s residence.

While officers were on scene, the juvenile called her mother to tell her she was on her way home. Officers located a red Chevrolet Cavalier travelling on Gaskins Street in Como and observed a white male driving the vehicle along with a female passenger who was covering her face. A traffic stop was initiated and the passenger in the vehicle was discovered to be the missing juvenile female.

Hostetler was charged with two counts of Sexual Assault of a Child. He is held at Hopkins County Jail on bonds totalling $150,000.

Daily Devotional from The Way Bible Church for March 23rd, 2020