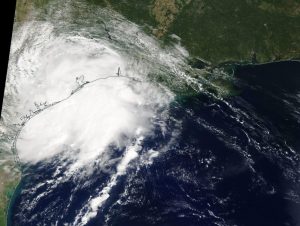 Governor Greg Abbott today declared a state of disaster in several counties that are currently experiencing widespread flooding due to Tropical Storm Imelda. This declaration will ensure that local officials have access to any state resources they may require to respond to this severe weather. On Monday, Governor Abbott deployed numerous resources to the Gulf Coast in preparation for this weather event.

“The State of Texas is working closely with local officials and emergency personnel to provide the resources they need to keep Texans safe from Tropical Storm Imelda,” said Governor Abbott. “I thank our first responders who are acting swiftly to help the communities that are facing this severe weather event. I urge all those in the path of this storm to take the necessary precautions and heed all warnings from local officials.”