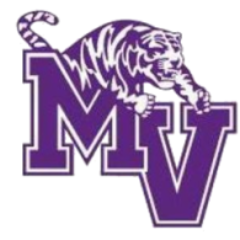 Mt. Vernon ISD’s decision to hire former Baylor Head Coach Art Briles has been met with national backlash. The topic was covered across most national media and became the #2 trend on Twitter on Friday night.

Prominent Yahoo Sports writer Pete Thamel in a scathing article says that, “High school officials in Mount Vernon hit a trifecta of incompetence, ignorance and arrogance on Friday night.” He also writes, “In one artless and tactless swoop, Mount Vernon solidified itself as the new moral basement for high schools around the country. It has willingly brought in Art Briles, who ran a program at Baylor that had a stunning amount of sexual violence tied to its football team. And with it, tiny Mount Vernon has become the latest and most glaring example of how winning trumps ethics and an eternal reminder that the glare of Friday Night Lights can blind adults from acting in the best interest of children.”

Jenny Dial Creech of the Houston Chronicle said in her article, “Briles has a history and a pattern that should not be ignored. Sadly, Mount Vernon ISD decided to overlook his past and hire him anyway. The district released a statement about his hiring. It was ignorant and tone-deaf.”

ESPN’s Sarah Spain referred to Mt. Vernon ISD’s school board and superintendent as “COWARDS” for not mentioning Baylor in their press release.

The Athletic’s College Football Editor Stewart Mandel tweeted, “The press release from the Texas high school that hired Art Briles makes a point of highlighting that he never had a recruiting violation under his watch. Like that was the problem.”

Locally, Mike Leslie of WFAA criticized the announcement in a tweet. He wrote, “Mount Vernon announced the hire of Art Briles on a Friday evening, going into a holiday weekend, right as the school year is winding to a close. They made EVERY effort to bury this.”

The move was also panned locally by Saltillo resident and New York Times best selling author Colleen Hoover. Hoover tweeted, “This school is ten miles from my house. So glad my kids aren’t in the district but embarrassed the people clapping in this video are part of my community. What a sad message to send to students.”

FrontPorchNewsTexas.com has reached out to Mt. Vernon ISD Superintendent Jason McCullough for an interview on this situation. He has yet to grant that request.

If you would like to read a comprehensive article on the allegations against Briles, the following article is considered to be the best on the subject. https://deadspin.com/how-baylor-happened-1828372303