Ft. Worth Man Arrested for Theft of Trailer from Local Apartment Complex 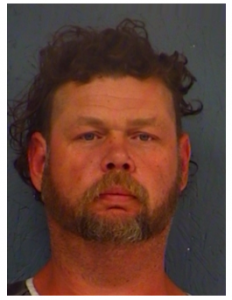 DPS arrested a Ft. Worth man Wednesday night for theft of a trailer from a local apartment complex.

40 year old Rusty Allen Fisher was traveling in a mid-size SUV on SH 11 when he was pulled over for a traffic violation by a DPS officer. It was discovered during the traffic stop that the trailer he was hauling did not belong to Fisher. Fisher and his passenger gave conflicting accounts of where they got the trailer. His passenger told the officer that they picked up the trailer behind an abandoned apartment complex while Fisher said they picked it up at a friend’s home.

DPS contacted SSPD and SSPD located the owner of the apartment complex. The owner confirmed that the trailer was her property and that no one should have it. The owner estimated the value of the trailer and the property inside it at $15,000-$20,000. Fisher was placed under arrest and transferred to Hopkins County Jail. He is charged with Theft $2,500>$30,000 and held on $5,000 bail.