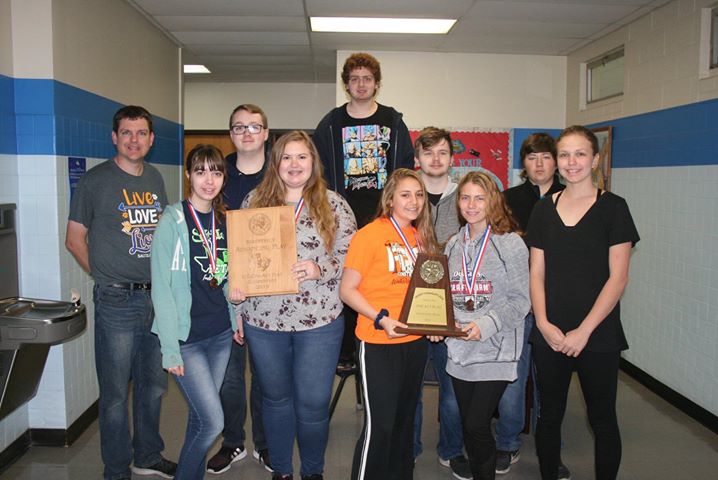 Saltillo High School One Act Play advanced to Area Competition for the first time in school history. Their production of “The Effect of Gamma Rays on Man-in-the-Moon Marigolds” by Paul Zindel tells the story of a young girl named Tillie who navigates her way through a difficult relationship with her mother and older sister in 1969.

Chaeli Spear won Bi-District Honorable Mention for her portrayal of Nanny, elderly woman in the late stages of dementia. Joining on Honorable Mention was Graycie Hodges in the role of Ruth, the sassy older sister who has recently been been to a mental hospital to treat repeated seizures.

Saltillo looks to continue their theatrical journey Saturday, April 6 at the Area Contest held at Grayson College in Denison. The Lions we’ll be the first play to perform, beginning at 3pm. Admission is $5 and tickets may be purchased at the door.

Ft. Worth Man Arrested for Theft of Trailer from Local Apartment Complex