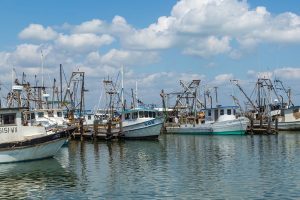 Governor Greg Abbott today announced that Texas has been awarded over $13 million in grant funding for the rebuilding of commercial and recreational fishing industries affected by Hurricane Harvey. This announcement comes after Governor Abbott sent a letter to U.S. Commerce Secretary Wilbur Ross in February requesting that the Department of Commerce recognize a federal fishery resources disaster along the Texas Gulf Coast.

“The economic impact of Texas’ commercial and recreational fishing industries is of tremendous importance to both residents and tourists alike,” said Governor Abbott. “These funds will provide coastal businesses with the additional resources they require in order to make a full recovery. I thank our federal partners and Secretary Ross for recognizing the critical role the fishing industry plays in the Lone Star State and the U.S. economy.”

The more than $13 million in grants announced today is a part of $200 million allocated by the Department of Commerce to states affected by declared fishery resources disasters.