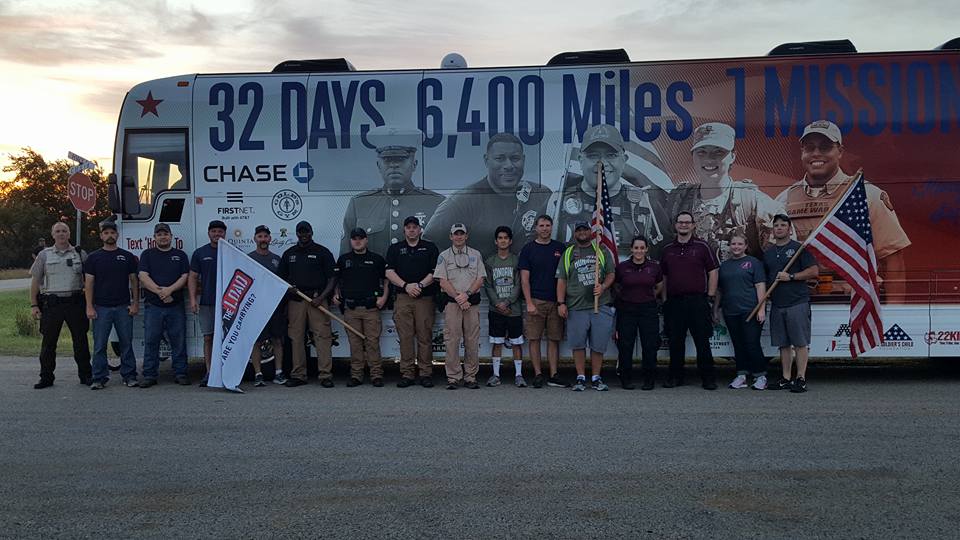 Founded in 2011 by two Veteran Navy SEALs Carry The Load began as a 20 hour and 11 minute Memorial March in Dallas, Texas. In 2012, it expanded to include an East Coast Relay, walking from West Point, NY to Dallas, Texas throughout the month of May. The relay leg captains walk in 5 mile increments carrying the American flag to bring awareness to the sacrifices of our nation’s heroes. In 2016, Carry The Load expanded once again by adding a West Coast route from Seattle, WA to Dallas, TX to help engage Americans throughout the country.

Each year participation has grown. In 2017, they walked through over 19 states and had Rallies in approximately 50 cities throughout the country.