Downtown board gives thumbs up for Thai restaurant 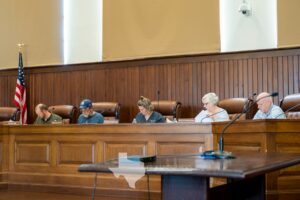 The Sulphur Springs Downtown Revitalization Board (DRB) yesterday approved a sign request for a new Thai restaurant downtown, among other items of business.

After opening the meeting at 12:01 p.m. on August 30, the group unanimously approved the previous month’s meeting minutes.

The board then considered and unanimously approved a sign request for 618 Oak Avenue.

The board then considered a request for 308 Church Street, where Alliance Bank desired to replace the canopy over their drive-through ATM bay. Member Dr. Robin Boshears verified to the group that it was just the awning to be replaced at that specific location, not other parts of the building. Boshears clarified that the plans met city guidelines and the group advised yes, they did. The request was unanimously approved.

The group then considered a request for 300-B Connally Street to become a Thai restaurant. Colloquially known as the “old antique building,” according to board member Mike Elliot, the most recent occupant of the building was gift shop “Whimsy.”

The group expressed through murmurs of appreciation that they were in favor of a Thai restaurant. 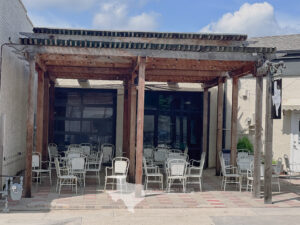 Chamber of Commerce president Butch Burney advised that the building has now be split into two separate retail spaces.

“The one closest to us [Chamber of Commerce] is now Tolleson family market, and the next space back actually houses a commercial kitchen,” Burney advised.

Modifications have already taken place on the 300-B space in preparation for the new restaurant, including removal of wrought iron fencing, Burney noted.

Boshears and board member Phyllis Roundtree verified with Burney that any renovations would leave the sidewalk in front of the building intact. Burney told them that was correct.

Boshears verified that the sign for the restaurant would, in effect, replace a sign advertising a smoothie shop. Burney told her that was correct.

The group unanimously approved the restaurant’s sign design and placement.

With no further business, the meeting was adjourned at 12:08 p.m.

Join 4H for plethora of opportunities by Mario Villarino