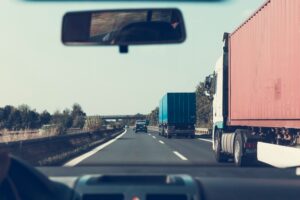 A family’s quiet Sunday in the park turned tragic when a driver, distracted while talking on her cell phone, struck two-year-old Allie White in a parking lot…killing her. The toddler became one of more than a thousand Texas lives lost due to distracted driving in the past few years, and it’s part of a disturbing trend that continued last year.

Distracted driving deaths increased 17% in 2021 compared to 2020, claiming the lives of 431 people and seriously injuring another 2,934. In light of these grim statistics, TxDOT’s Talk. Text. Crash. campaign during National Distracted Driving Awareness Month urges Texans to keep their heads up, put their phones down and just drive.

“Distracted driving crashes are 100% preventable, and we’re urging everyone to just drive whenever they’re behind the wheel,” said TxDOT Executive Director Marc Williams. “Texans are killed each year simply because someone was distracted by their phone, radio, navigation system, eating or drinking, or even by others in the car. When your focus isn’t on driving, you’re putting yourself, your passengers and everyone else on the road at risk.”

Distracted driving is not only dangerous, it’s a crime. Since September 1, 2017, it has been illegal to read, write or send a text while driving in Texas, and violators can face a fine of up to $200.

TxDOT offers these tips to prevent distracted driving that can lead to a ticket or preventable crash:

As part of National Distracted Driving Awareness Month, TxDOT is conducting outreach events around the state that feature an immersive TV wall with a touch-free driving simulator to give participants a real-life sense of how distractions affect driving. There will also be tips and facts to remind everyone to give driving their full attention.

TxDOT is also relaunching its web-based augmented reality game “Dart Those Distractions” to reinforce the importance of paying attention behind the wheel.

The Talk. Text. Crash. distracted driving awareness campaign is a key component of #EndTheStreakTX, a broader social media and word-of-mouth effort that encourages drivers to make safer choices while behind the wheel, such as wearing a seat belt, driving the speed limit, never texting and driving, and never driving under the influence of alcohol or other drugs.

For media inquiries, contact TxDOT Media Relations at MediaRelations@TxDOT.gov or (512) 463-8700.