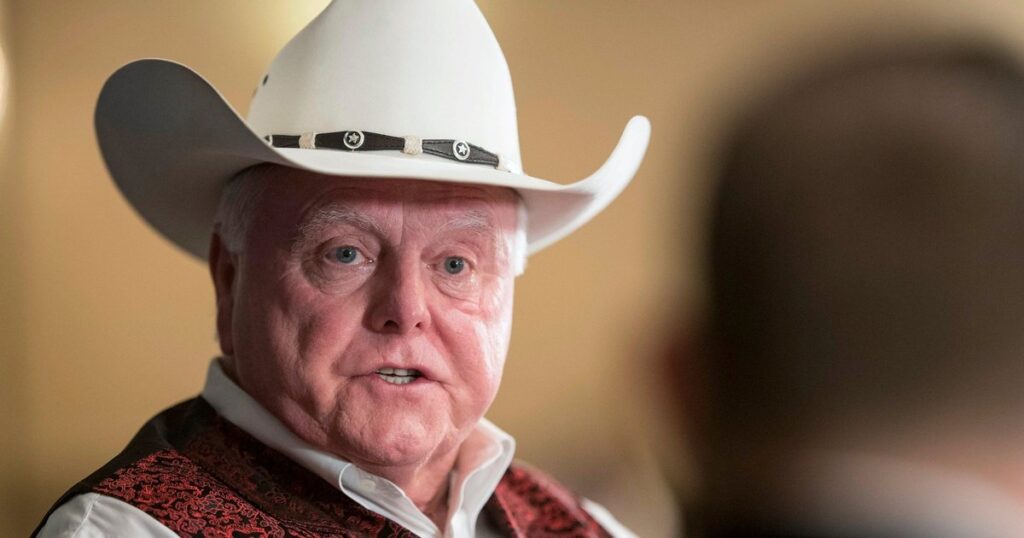 Agriculture Commissioner Sid Miller announced Monday he would seek reelection, putting to rest speculation that he could challenge Gov. Greg Abbott for the top elected position in the state.

“I really have the best and most rewarding job in the world,” Miller said in a statement. “That’s why, after listening to the advice of supporters, friends and my team, I have decided that I can best serve Texas by continuing this important work.”

“Today I am announcing my campaign for reelection as your Texas Agriculture Commissioner,” he said.

Miller is in his second term as agriculture commissioner but was seen as a potential challenger to Abbott because of his vocal criticism of the governor’s handling of COVID-19. Miller is also a close ally of former President Donald Trump, whose endorsement will likely carry significant weight among Republican primary voters.

In May, the Conservative Republicans of Texas political action committee had cut a video ad to recruit Miller to run against Abbott, declaring: “He was right on Trump, he’ll be right for Texas.” Miller appeared to be pondering the decision, announcing weeks later that he was running for statewide office but not saying for which position.

“I’m convinced that our current governor cannot get reelected in the general election,” he said on a podcast with Sery Kim, a former congressional Republican candidate.

Miller is among a slew of conservative politicians and activists who have criticized Abbott for state restrictions implemented to prevent the spread of COVID-19 last year. During a rally in front of the Governor’s Mansion last October, Miller turned toward the governor’s residence and said: “Quite frankly, governor, your cure is worse than the disease.”

Following the February winter storms that led to power outages across the state, Miller unveiled a plan to avoid future power failures, further adding to speculation that Miller could run against Abbott, a two-term Republican whose popularity took a hit with the far right of his party because of pandemic regulations.

That backlash from the right wing of the Republican Party has led former Dallas State Sen. Don Huffines to challenge Abbott. Allen West, the chair of the Republican Party of Texas, is also expected to run for statewide office after his resignation as party chairman becomes official next month. West has not said what office he will seek.

Miller did not name Abbott in his reelection announcement but said that he felt a special obligation to use his bully pulpit to “hold other elected officials accountable.”

“This is how we move Texas forward,” he said.