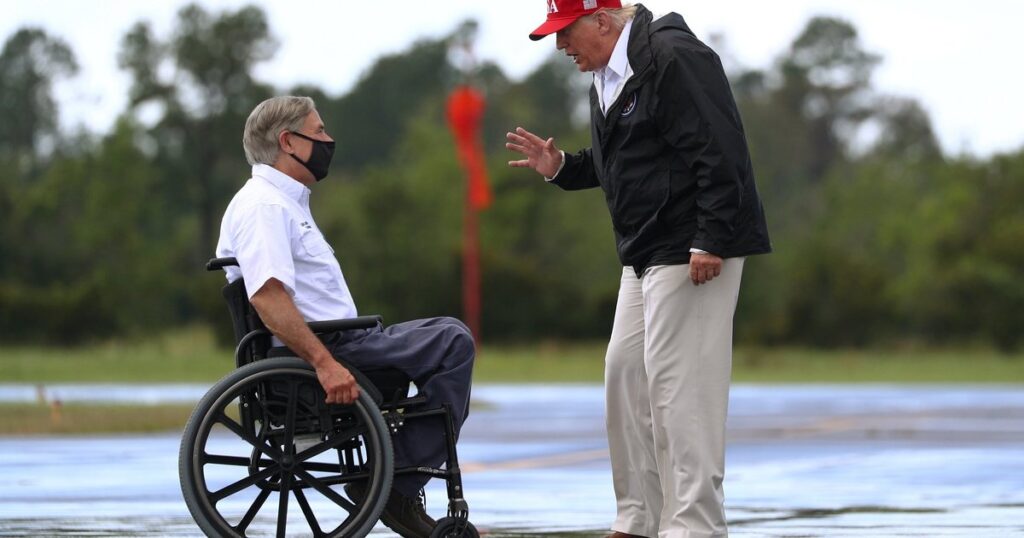 Former President Donald Trump endorsed Gov. Greg Abbott for reelection on Tuesday, giving him an early and crucial stamp of approval as he confronts a possibly competitive primary.

Abbott has already drawn a challenge from former state Sen. Don Huffines of Dallas. Agriculture Commissioner Sid Miller also has been considering a run, and Texas GOP Chair Allen West has not ruled it out.

“Greg Abbott is a fighter and a Great Governor for the incredible people of Texas,” Trump said in a written statement, praising Abbott’s record on issues including border security and gun rights. “Governor Greg Abbott will continue to be a great leader for the Lone Star State, and has my Complete and Total Endorsement for re-election. He will never let you down!”

The endorsement comes two days after Democrats in the Texas House killed Abbott’s priority election bill by walking out of the chamber and denying the House a quorum on the final day to pass legislation before the regular session’s end. Abbott has vowed to revive it in a special session, but Huffines said the failure of the legislation in the regular session showed a lack of leadership by the governor.

Trump said in the statement that Abbott is “all in on Election Integrity.”

Trump’s backing of Abbott is particularly disappointing to Miller, who has portrayed himself as one of Trump’s closest allies in Texas. Lt. Gov. Dan Patrick, who chaired both of Trump’s presidential campaigns in Texas, has already gotten Trump’s endorsement for another term in 2022.

Abbott thanked Trump for his endorsement in a statement that called the former president a “great friend of Texas.”

Huffines, meanwhile, issued a statement that played up his family’s support for Trump since 2016 and claimed he remains the “clear Trump candidate in the Texas governor’s race.”

“Texas Primary voters and Trump supporters will decide for themselves who will lead our state forward, and who has failed Texans repeatedly on issues that matter the most,” Huffines said.