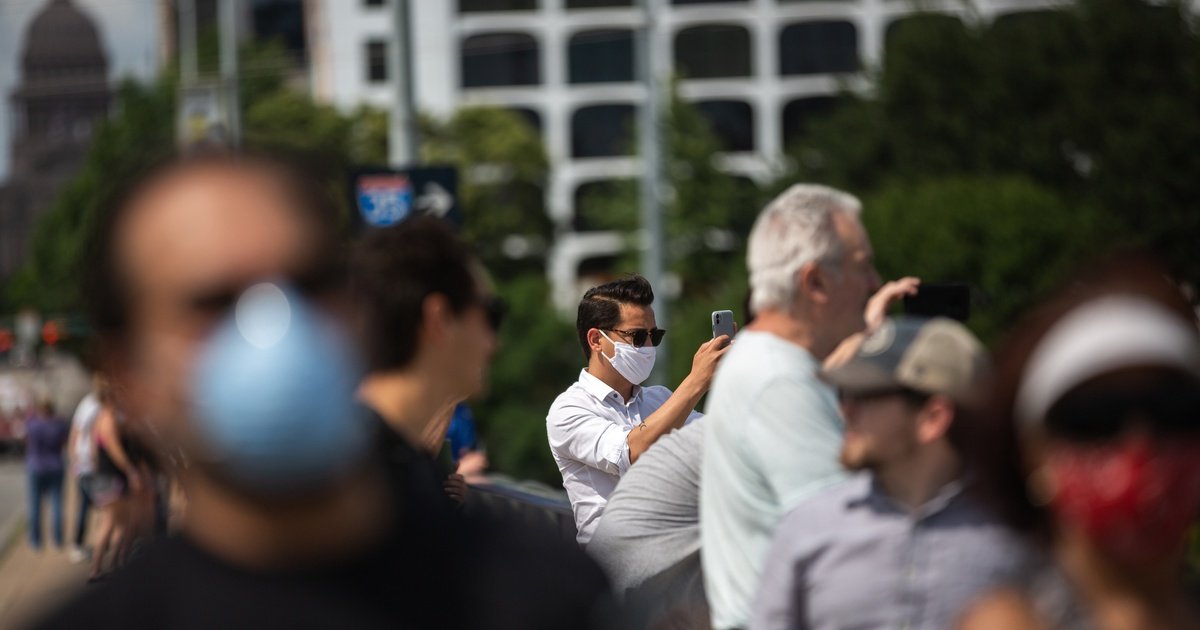 Texas Attorney General Ken Paxton threatened to sue Travis County and the City of Austin if officials don’t back down on local orders that continue to require masks despite Gov. Greg Abbott ending the statewide mask mandate on Wednesday.

Austin and Travis County public health leaders recently announced they would continue to require masks, even though Abbott forbade local authorities from superseding his order. County judges can order COVID-19 restrictions if hospitalizations from the virus rise above 15% of the bed capacity in that hospital region for seven straight days.

Violating the city’s public health order would be a Class C misdemeanor, but the city planned to continue to only enforce “the most egregious cases,” Austin Mayor Steve Adler said in a video message posted late Tuesday before Paxton’s announcement.

“The decision to require masks or otherwise impose COVID-19-related operating limits is expressly reserved to private businesses on their own premises. It does not rest with jurisdictions like the city of Austin or Travis County or their local health authorities,” Paxton wrote in a statement Wednesday. “We have already taken you to court under similar circumstances. You lost. If you continue to flout the law in this manner, we’ll take you to court again and you will lose again.”

Paxton gave local authorities until 6 p.m. to come into compliance with the governor’s order, rescind local COVID-19 mandates and retract related public statements. The order stated it would “supersede any conflicting order issued by local officials.”

“Otherwise, on behalf of the state of Texas,” Paxton wrote, “I will sue you.”

Neither the city nor the county is backing down.

“I listen to doctors, not to politicians like our attorney general,” Travis County Judge Andy Brown said in an interview, explaining that that is the message he hopes his residents receive. “It’s not the time to take our masks off.”

Brown said the continued mask mandate comes from the county’s public health authority — not from his emergency powers due to the pandemic. Under that interpretation, he says the county should be legally able to require masks. The discussion to remove a mask mandate shouldn’t begin until 80% of the county is vaccinated, Brown said. It’s currently at 9%, he said.

“We will fight Gov. Abbott and Attorney General Paxton’s assault against doctors and data for as long as we possibly can,” Adler said in a statement.

Paxton’s office successfully challenged Austin and Travis officials’ attempts to restrict holiday restaurant operations around New Year’s. But Brown argued that the order remained in effect over the holiday while the suit was being argued, and that there was demonstrated improvement as a result.

Texas on Wednesday became the most populous state in the country not to have a mask mandate, with over half the country requiring them in public. This comes as an average of nearly 200 people every day are dying in the state from COVID-19 and as new, more contagious COVID-19 variants spread in the state. Several leaders have criticized Abbott’s decision to end the mask mandate, including President Joe Biden, who called it a “big mistake.” Other lawmakers and some business owners have praised the move.

Efforts to vaccinate the population continue, with experts saying achieving herd immunity would take nearly every adult Texan being vaccinated. About 8.5% of Texas’ 29 million people were fully vaccinated as of Monday, and the state expanded vaccine eligibility to all Texans older than 50 on Wednesday. But the number of eligible recipients already outnumbered the supply prior to the expansion, meaning it may be hard to quickly secure an appointment.

While Abbott said city officials cannot require the use of masks in public, businesses can require them inside their venues. Dozens of businesses in Austin have announced they will independently require masks, as well as many more around the state. Some already fear backlash from customers.

Harris County Judge Lina Hidalgo addressed the end of the mask mandate during a Wednesday press conference, saying that the fight against COVID-19 is ongoing — with only about 1 in 10 of county residents older than 16 who are fully vaccinated.

Hidalgo thanked business owners who are continuing to require masking in their businesses.

“We know you’ve been there from the beginning, leading, supporting our population,” she said. “And as unfair as it is, you carrying this burden of keeping the community safe, is an enormous public service.”

Wreaths Across America Exhibit is coming to Sulphur Springs