Texas will require students to take the STAAR test in person 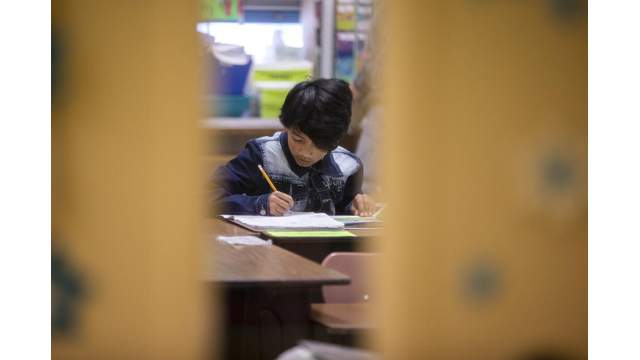 Texas public school students must show up in person to take the STAAR test this spring, and districts can apply for waivers to socially distance test takers, according to recent guidance released by the Texas Education Agency.

The state is moving forward with the state standardized tests, taken in grades three through 12, this spring and summer during the pandemic and requiring students to take them at a “monitored” testing site. School districts can set up sites outside of their schools, including performing arts centers, hotels and recreation centers where they can “ensure equitable access and maintain test security.”

Texas is requiring all districts to allow in-person learning for all students who want it, with few exceptions. A state survey at the end of October showed 2.8 million of 5.5 million students were learning on campus, meaning millions were still learning remotely.

Although some may be reluctant to return in person during a pandemic, Texas high school students receiving remote instruction who do not show up to take the required standardized exams may not be able to graduate. Texas has already said students in younger grades who fail required STAAR exams can move up to the next grade. And as of December, school districts will not receive state ratings this year based on how their students perform on the exams.

According to the state guidance, school districts can apply for waivers to require students who are not scheduled to take the STAAR to learn remotely on a testing day. That would allow them to socially distance test takers, as medical experts recommend for indoor activities. The state has also allowed districts to extend the testing window for those taking the exams online.

“Additional testing days are optional and at the discretion of the district. However, districts should consider the potential impact of not having the assessment data to better understand how well students have mastered knowledge and skills in various grades and subjects,” the guidance reads.

New York and Michigan have already asked the Biden administration for a waiver from annual standardized tests, which are required by federal law. Texas Education Commissioner Mike Morath said this week at a State Board of Education meeting that he would not seek a similar waiver this year.

Morath said the data from the tests will show the extent of the educational gaps Texas students have experienced during a devastating pandemic. Students may have lost more than three months of learning this summer, according to a state study of optional exams from last spring and this fall. But the data was limited since not all students took the exams and the exams were not proctored.

Texas is planning to transition to statewide online testing by 2022 and signed $388 million, four-year contracts with two companies to administer, develop and score the exams. In 2020, after Texas received a federal waiver to cancel the STAAR, it reduced its contract with Educational Testing Service by $19 million.