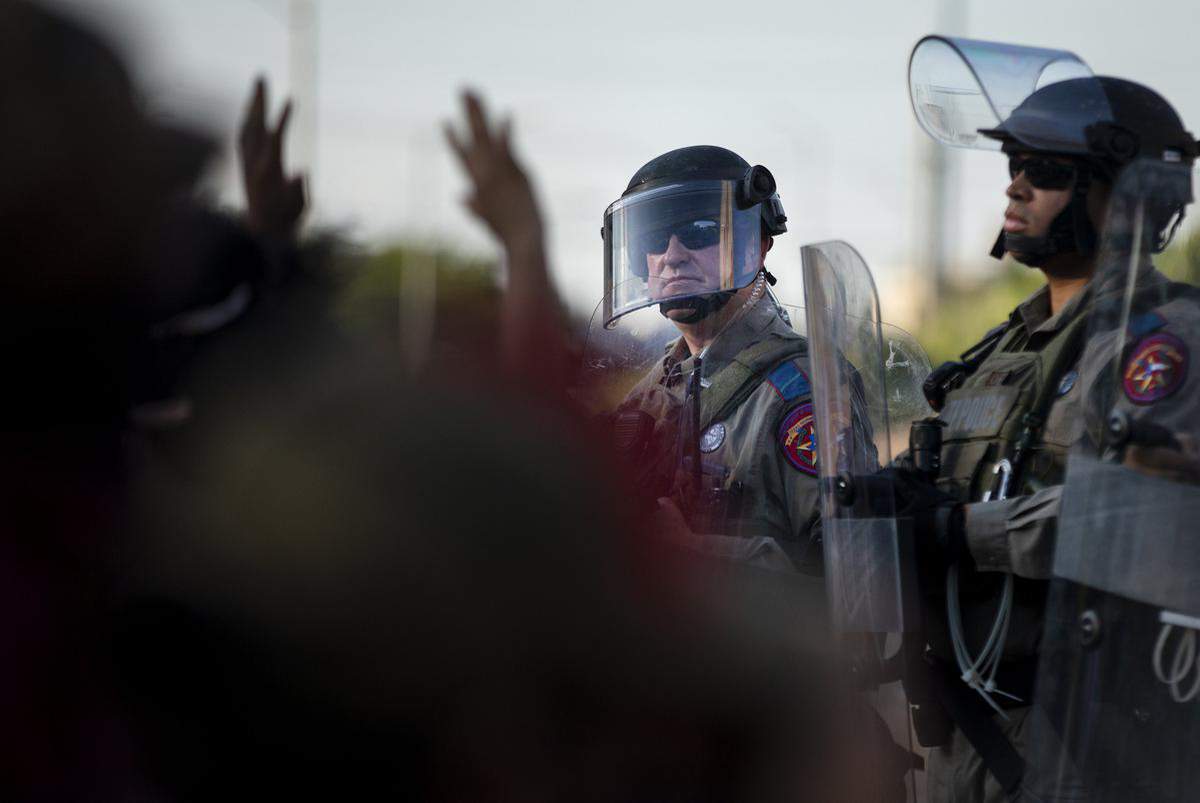 Gov. Greg Abbott made his latest political move to fight efforts to cut police funding Wednesday, calling on all Texas candidates in the November election to sign a pledge “backing the blue.”

“Some cities in Texas want to defund and dismantle police departments in our state,” the Republican governor said in a YouTube video promoting his pledge. “This reckless action invites crime into our communities and threatens the safety of all Texans including our law enforcement officers and their families.”

This summer, as unrest and sometimes violent protests against police brutality and racial injustice rocked Texas and the nation, a revived movement for social justice called for the community and policymakers to rethink the role of police. Alongside proposed reforms to policing practices and accountability — like requiring officers to intervene in other officers’ bad actions — some have also sought to shift local funding away from policing and direct the funds toward other social services.

The progressive Austin City Council responded to this “defund the police” movement and last month agreed to cut about $20 million from the police department in the 2021 budget and redirect the funds to things like housing and emergency response. About $130 million was also put into two transitional funds that will allow several of the department’s traditional duties to remain funded while officials work out which responsibilities to keep under law enforcement and which to move out from under police oversight.

Abbott and other Texas Republicans denounced the move almost immediately. Days later, Abbott and other party leaders held a press conference to propose legislation that would freeze property tax revenues for any city that cuts funding from police departments. The proposal lacked details about how taxes would be frozen. And last week, the governor said he was considering dramatic legislation that, if passed by lawmakers, would allow the state to take over the Austin Police Department, controlling its operations and budget decisions, at the city’s expense.

Austin officials shot back, saying local policymakers were responding to what their community wanted and Abbott was following national political rhetoric of fear against crime. Early data from 2020 shows homicide and shootings in some major cities, including in Texas, have increased over last year, but numbers still remain low compared to recent history.

“Austin is the safest big city in Texas and one of the safest in the country. Public safety is our priority and we support our police,” Austin Mayor Steve Adler said in a statement Friday after Abbott announced a potential state takeover. “We’re also always looking for ways for everyone to be even more safe. Not surprising the President’s rhetoric is finding its way to Texas as we get closer to November.”

For his pledge, Abbott asked Texas candidates of any party affiliation to sign against “defunding our police departments” and post it on social media at 2 p.m. on Thursday.