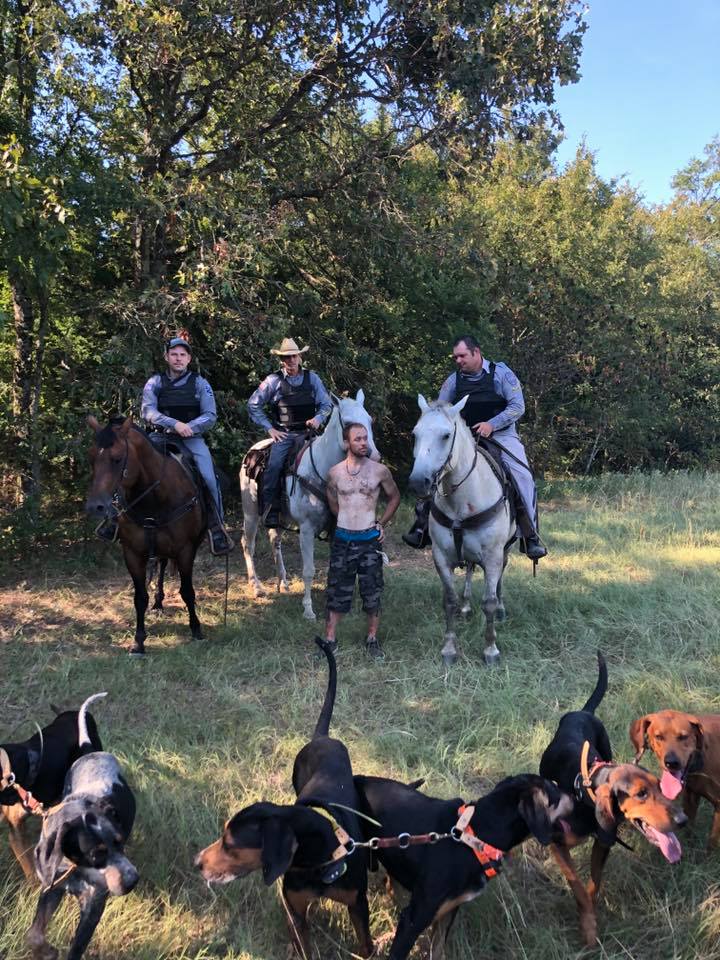 Officers spiked Houpt’s tires at the intersection of FM 1567 and CR 1443. He continued with 3 flat tires for 5 miles until he crashed into a grove of trees and fled on foot.

A perimeter was set up and a DPS helicopter searched the area with no success. TDC bloodhounds were deployed and they located Houpt.

Houpt was taken into custody and charged with Evading Arrest/Detention with a Vehicle. He was also wanted on a Hunt County warrant for a similar charge.