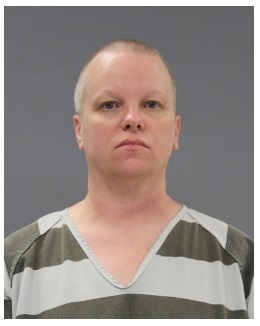 Texas Rangers arrested a 45 year old Sulphur Springs woman on charges of Stalking and Tampering with Evidence on Tuesday.

Texas Ranger John Vance interviewed Kathleen Rose Ramashur on as part of a stalking investigation. She allegedly was harassing a former SSPD officer years ago and recently resumed the harassment.

Vance requested that Ramashur release her cell phone to be downloaded as part of the investigation. She stated it was in the process of downloading before eventually turning it over.

Detective Weatherford with Hopkins County Sheriff’s Office downloaded her cell phone and learned that Ramashur attempted to reset the phone in an attempt to destroy evidence of the crime.

Ranger Vance questioned her about the attempt to destroy evidence. Ramashur allegedly admitted she attempted to erase evidence of the stalking crime.

Ramashur was charged with Stalking and Tampering with Evidence. She is currently held at Hopkins County Jail on $30,000 total bond.