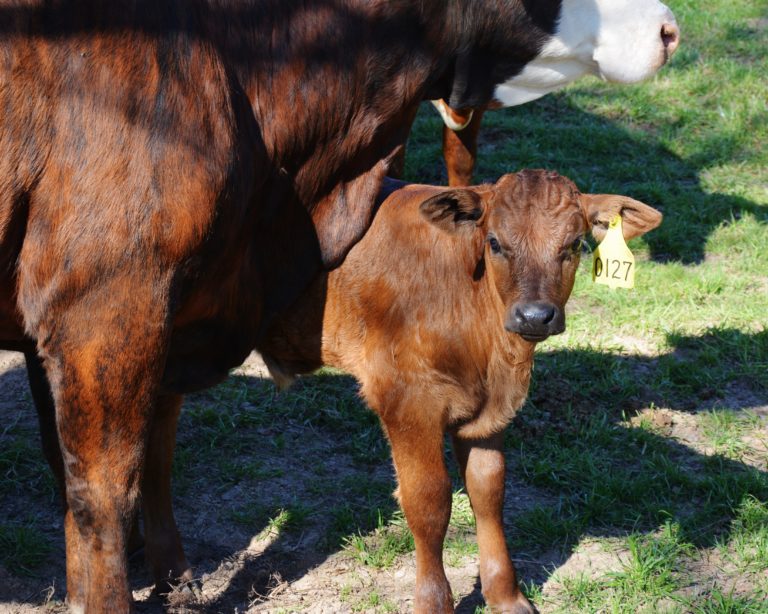 Disruptions to the nation’s supply chain and final destinations for meat and milk products due to COVID-19 are causing anxiety from farms to markets, said a Texas A&M AgriLife Extension Service expert.

Anderson said empty shelves at grocers and retailers are a result of distribution, not low supplies. Production of products like ground beef and milk is the same, but unexpected demand has strained the logistical farm-to-market process.

Anxiety has stirred panic-buying, as seen with meat products and household items like toilet paper, he said.

“It adds an element of anxiety that Americans are not used to when they see the meat section empty,” he said. “But we are still producing record amounts of chicken, pork and beef. In reality, it is just a temporary inconvenience that we are not accustomed to.”

Two major destinations for milk and milk products like cheese and butter – schools and restaurants – are gone because of shutdowns across the nation.

Orders for tens of millions of single-use milk cartons stopped when schools across the nation emptied. Orders for bulk cheese and butter became a fraction of what they had been as “stay-at-home” orders temporarily shuttered many restaurants or reduced them to takeout only.

Many dairy producers only have one choice – dump their tanks – because milk is perishable and their cows must be milked daily, Anderson said.

“You have a highly perishable product with no place to go,” he said. “It’s a complete disaster.”

The U.S. Department of Agriculture Agricultural Marketing Service April 3 report on the state of U.S. dairy markets was bleak. The report noted “the pandemic is creating anxiety among nearly all dairy market participants.” Markets for most dairy products are depressed, though some products like organic milk and butter realized demand and price increases.

To make matters worse, this time of year is known as the “spring flush,” a time when dairy cows produce the most milk of the year, Anderson said.

“You’ve got good grass in pastures and weather improves, and so cows are producing more milk,” he said.

Anderson said the COVID-19 is showing Americans how complex the farm-to-market system can be. He said it is a logistical impossibility to quickly divert millions of pounds of milk from 8-ounce, single-serving cartons destined for schools to gallon or half-gallon cartons in grocery stores.

“Dairy farms were seeing prices recover recently, and now this,” he said. “This is looking pretty bad.”

Meat prices for producers and consumers

Anderson said prices should fall with the costs of production. Lower fuel costs for production, processing and distribution should ripple into lower prices at checkout.

But so far, prices on products like beef have surged at grocers who are dealing with unexpectedly high demand, he said. Prices for wholesale choice beef was up 25%, from $2.05 to $2.57 per pound.

“That is all driven by grocers and all their purchases to keep up with these rushes on products,” he said. “They will come back down as purchases slow down and some calm returns or when people have filled their freezers and feel they don’t need as much meat.”

The ripple effect of higher beef prices at grocers hasn’t reached beef cattle operations, Anderson said. It probably won’t because of changes in a range of markets that utilize different cuts from beef, pork and poultry.

Anderson expects “high value” animal cuts like filets in beef to go down as “lower value” cuts like chuck and round that go to ground beef stay static or go up due to demand.

“You think, no sports, no restaurants, well, that’s pretty much the chicken wing market,” he said. “The prices have collapsed. But then we are seeing and will probably continue to see demand stay strong for historically lower priced cuts.”

Filet and ribeye steaks and bacon will likely go down because demand from the food-service industry has plummeted, he said. This could mean good deals for consumers, but the end result will be lower sale prices at market for producers.

“The whole value of the animal goes down when the prices for these high-value cuts go down,” he said. “That’s bad for farmers and ranchers but might help consumers. I don’t know that we’ll see grocers drop prices on lower value cuts because there’s no incentive if people are buying them up. But consumers could see good features on higher-value cuts in the future.”

“We have a complex system that we overlook unless we are inconvenienced by it,” he said. “A big part of the system is getting items from production to market. Trucking, processing, storage, all these steps in the total system are easy to take for granted until normalcy is disrupted.”

Anderson said exports to other countries like China add another wildcard to the supply/demand guessing game for producers and distributors. Products like pork were poised to see notable export increases because of Chinese demand.

But Anderson said China could expect second and third waves of economic problems due to lower demand for products the country produces for global demand.

“There are just too many variables in play to predict how the situation plays out economically because the situation with COVID-19 is so fluid,” he said. “What I do know is that America’s farmers and ranchers are doing what they’ve always done to meet consumer demand now and in the future. At some point, the rush is going to end.”