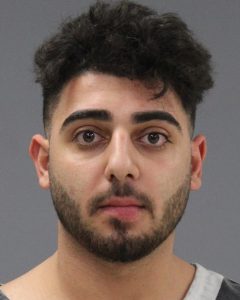 YouTube Vlogger Nate Narra of Sterling Heights, Michigan was arrested on Friday after he wrecked his car while trying to flee from a Cumby Police Department officer that was attempting to conduct a traffic stop.

Narra was reportedly observed by Cumby PD driving 91 mph in a 75 mph zone on I-30 West. Narra sped up as Cumby PD attempted a traffic stop. He then exited at the 104 mile marker and traveled north on Highway 50 towards Commerce. As he approached the Commerce city limits he turned around to head south on Hwy 50 and crashed into another vehicle. His car began to smoke from a rear tire and began to throw tire pieces. Narra brought the vehicle to a stop and a felony stop was conducted.

Narra was taken into custody and charged with Reckless Driving and Evading Arrest with a Motor Vehicle. He was held at Hopkins County Jail on $17,500 bond.

Narra, who lists his employment as a cashier at a Detroit convenience store, then posted on Instagram when he was released on Saturday. The pictures show a lack of remorse and include a photo of him “shooting the bird” outside of the jail. His YouTube channel, natenation, has over 270,000 subscribers. 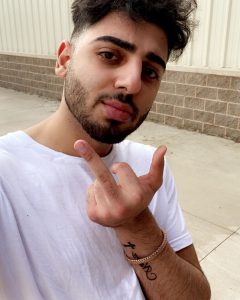