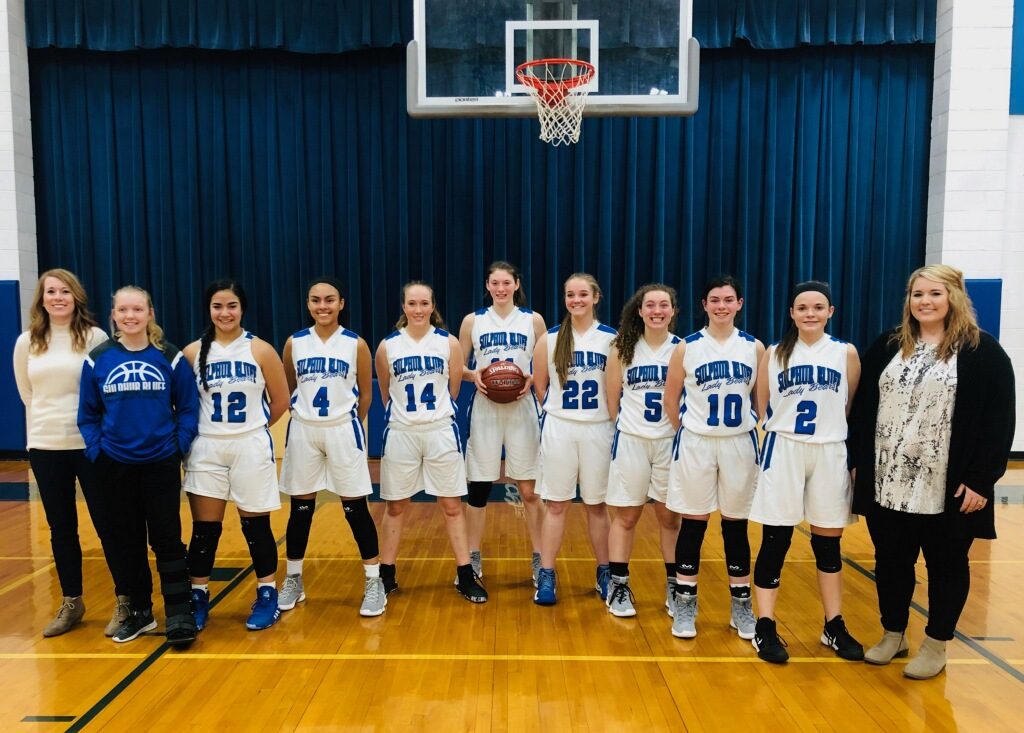 Senior Ann Dorner had 14 points, 7 rebounds, and 3 assists. Coach Zandra Peyton says that she has only been back for a few weeks from a recent injur and that her leadership skills and ability to see the floor has really helped out the team.
Tori Raine had 10 points, 2 steals, and 10 points.  Bailey Neal had 9 points, and 5 rebounds.  Peyton says that both Raine and Neal are Sophomores who have really helped their team this year. They both have improved greatly this year, and she can’t wait to see what they will bring to the team the next few years.
Angel Brown had 7 points, 3 rebounds and 2 assists. Peyton says she really reads the defense and helps set up her team to score.
Jada Wade played a big role on defense by allowing  their top player to score only 12 points. Wade had 6 points, 2 steals and 5 rebounds. Alley Collett played great defense and had 4 points, 1 steal, 5 rebounds, and 3 assists
Skylar Stanley helped protect the basket and made it hard for their team to score. She had 4 points, and 12 rebounds.
The Lady Bears will play Miller Grove in the Bi-District round.
When: Monday 2-17-2020
Where: Commerce ISD
Time: 6:00pm
previous post

Texas Senate approves bail bill that would keep more people in jail if they can’t...

ERCOT asks Texans to conserve power, but says outages not expected as it nears emergency...