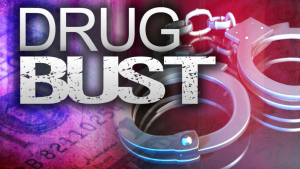 The takedown, led by the DEA, began in the early morning hours Thursday, and stretched into the afternoon. The majority of the defendants were arrested at trap houses across the DFW metroplex, where agents seized roughly 2.5 kilograms of cocaine, 24 guns, and more than $300,000 in cash. (To date, the investigation has netted a total of approximately 7 kilos of cocaine, various other drugs, 37 firearms, and more than $500,000 in cash.

“There should never be any doubt that drug trafficking is a victimless crime.  These gang members sought to profit and expand their influence by peddling drugs throughout South Dallas.  With the dismantlement of this organization, guns are no longer in the hands of these drug dealers and the drugs they sold are now off the streets.  It was only through a tremendous partnership with the Dallas PD, the ATF, and many other area law enforcement agencies that Dallas is safer today than it was yesterday,” said DEA Special Agent in Charge Eduardo A. Chavez.

“We are grateful to the many law enforcement partners who collaborated to disrupt a drug trafficking ring,” said U.S. Attorney Erin Nealy Cox. “Cocaine continues to wreaked havoc on our community and we will vigorously prosecute those that distribute this deadly drug.”

In addition to the conspiracy count, Mr. Woodson was charged with one count of possession with intent to distribute.

Charges are merely allegations of criminal conduct, not evidence. The defendants are presumed innocent unless proven guilty in a court of law.