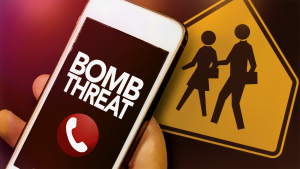 The Walmart in Sulphur Springs was evacuated shortly after 12 p.m. due to a possible bomb threat, per reports. Law enforcement, fire departments, and EMS all responded to the scene.

Sulphur Springs Police Chief Ricketson informs us that a sweep of the store was done by law enforcement and fire personnel and that no evidence of a threat was found. The store has been re-opened and resumed regular business.

Customers report that an announcement came overhead at approximately 12:15 p.m. asking them to evacuate the store and that law enforcement was on the scene shortly after.

Daily Devotional from The Way Bible Church for December 18th, 2019