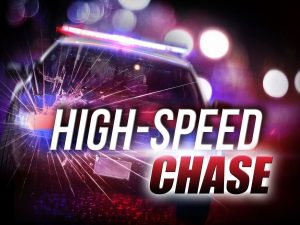 The suspect reached speeds of 100 mph down I-30 westbound during the chase. The pursuit went through Greenville before ending in Royse City.

The suspect, in an attempt to elude police, wrecked his vehicle in the area of I-30 and Erby Campbell Blvd in Royse City. The suspect fled on foot to the Royse City Walmart. Information obtained by Royse City PD from the Cumby PD officer indicated that the suspect was armed with a pistol.

Royse City, Rockwall County Sheriff Deputies, along with DPS Troopers set up a perimeter. Walmart employees and citizens were evacuated from the store. A search of the facility along with the assistance of a Police K-9 found the suspect hiding inside. The suspect was taken into custody and no citizens or law enforcement were injured.