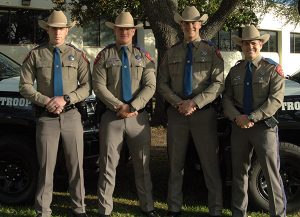 “This is a great day for the Texas Department of Public Safety and the state of Texas as we welcome the four newest canine teams to our ranks,” said DPS Director Steven McCraw. “The canine teams who graduated today have endured rigorous and specialized training over the last nine weeks, and we’re proud of their hard work and look forward to seeing all they accomplish as they serve and protect Texas.”

One of the dogs was obtained from the U.S. Department of Homeland Security and three were acquired through donations. The breeds include three Labrador Retrievers and one Belgian Malinois. The four newly-trained canines will be used for drug detection.