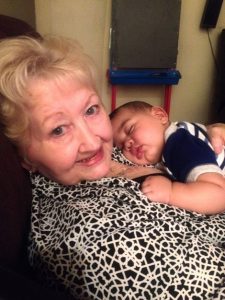 Clara was known to all simply as Juanita.  She was born January 29, 1944, in Sulphur Springs to Wayford Maurice “Pete” McIllwain and Alma Imogene (Moore) McIllwain.She was raised in the community of Mahoney just outside of Sulphur Springs until she moved to Dallas to attend Neilson Beauty College where she graduated as a Beautician.   While in Dallas she met her husband, James Leon “Jim” Hargis and they were married in Oklahoma on December 29, 1968.After being stationed at Fort Hood in Killeen, TX, they welcomed their first child, James Leon “Jimmy” Hargis on March 10, 1972.  Not long after they moved to Austin where they would remain and welcomed their second child, Janita Renee (Hargis) Hurndon on May 26, 1975.Juanita ended up working as a bookkeeper for most of her life.  She said she liked working with numbers so this was a better fit than being a beautician.Juanita was a loving and caring person, devoted wife, mother and friend, always thinking of others first.  She loved to read her Bible, spending time with family, laughing and always wearing a smile on her face.She will be dearly missed but we shall all be reunited one day in Glory.