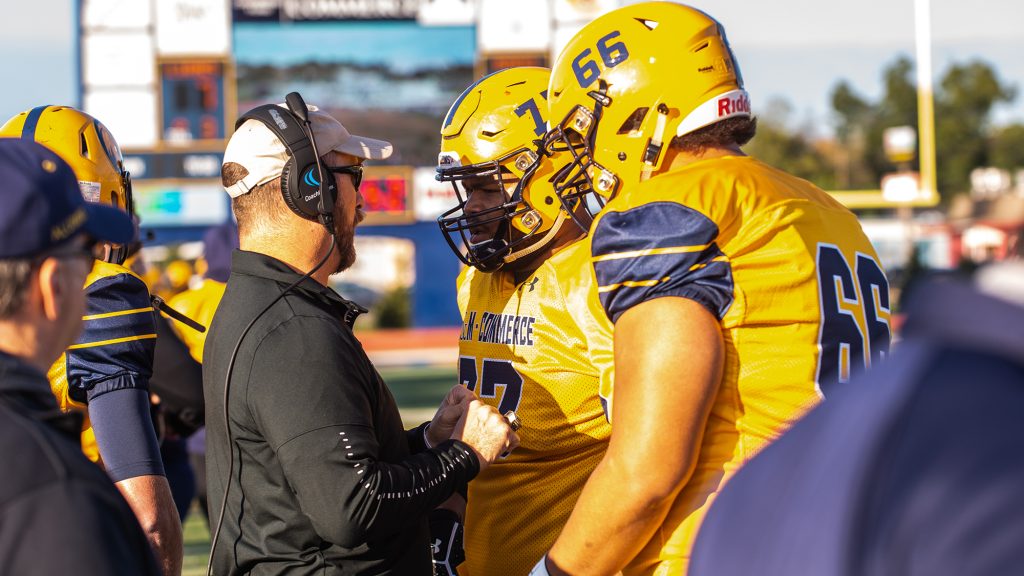 The No. 15 Texas A&M University-Commerce football team has qualified for the NCAA Division II Playoffs for the fourth consecutive season and will take on undefeated and No. 5 University of Minnesota-Duluth in the Super Region Four quarterfinal.

MOVING UP THE RANKS

KICKIN’ IT WITH KRISTOV

NICE NIGHT TO BREAK A RECORD

ON THE ROAD AGAIN

LIONS ALL-TIME IN THE POSTSEASON

ON THIS DAY IN LION FOOTBALL HISTORY

Daily Devotional from The Way Bible Church for November 16th, 2018

Impaired Driving: A Deadly Danger at Thanksgiving by Johanna Hicks