Daily Devotional from The Way Bible Church for September 26th, 2018 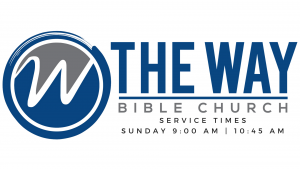 Luke 4:18-19
18 “The Spirit of the Lord is upon me, because he has anointed me to proclaim good news to the poor. He has sent me to proclaim liberty to the captives and recovering of sight to the blind, to set at liberty those who are oppressed,19 to proclaim the year of the Lord’s favor.”

What message are you proclaiming? What are you doing to see that those both inside and outside of the Kingdom are hearing the Good News of Jesus. Whatever you are preaching, whether verbally or through your actions, if you’re not having the same effect that He did then your message somehow isn’t lining up with His. When Jesus spoke, His words carried weight because He could back them up with anointed action. People were drawn to Him because He was powerful but loving and genuine. He didn’t use His anointing to build His platform or ministry, He used His anointing to build people. Whether He was speaking to the lowest beggar or the High Priest, Jesus was the same person to both, even if they received what he was saying with different hearts. When you seek to reach out to those around you, what are hoping to see take place? Do you show the same kind of love to the people in Walmart that you do to your boss? Is your reach only toward those who can benefit you or is it to everyone equally. The anointing does not discriminate, so if you do, how anointed are you? The propelling force behind the anointing is the love of God. If you want to be anointed, don’t ask for it first, ask Him to help you operate in love to everyone you encounter. – Love and Blessings, Pastor Jeff.