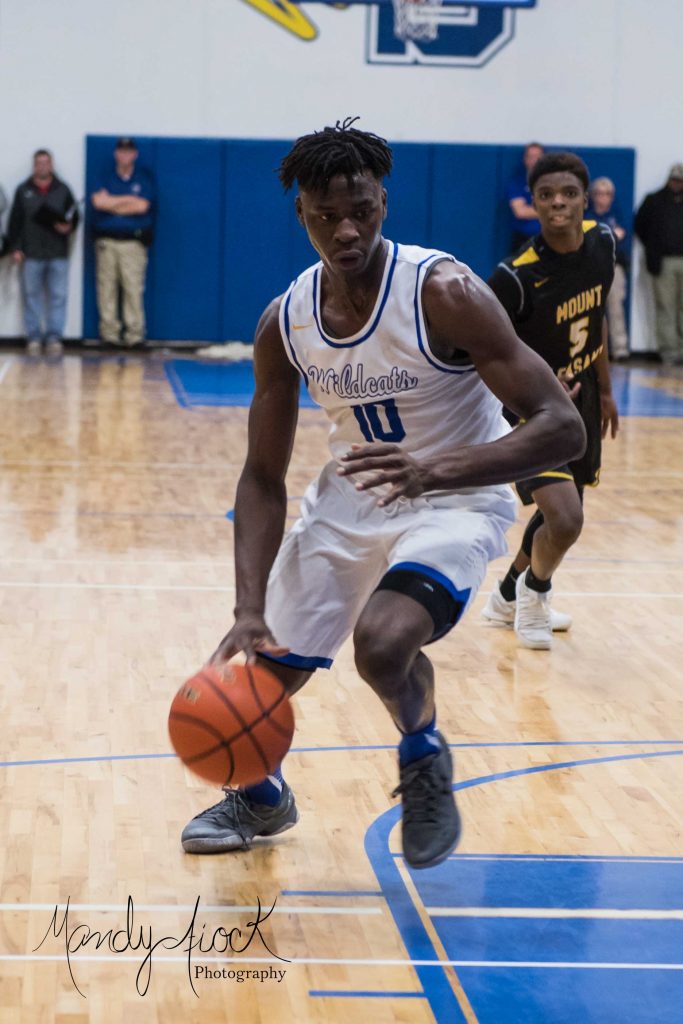 Sulphur Springs basketball star Victor Iwuakor has been surging up recruiting rankings during summer AAU play. Iwuakor has new scholarship offers coming on almost a daily basis. Illinois, Florida, and Georgia have offered the high flying big man adding to offers from schools including Arkansas, LSU, Oklahoma, Baylor and more. Rivals.com recently did a recruiting feature on Iwuakor that we’ve copied below.

“One of the best shot blockers and defensive prospects in the 2019 class, Victor Iwuakor has not been short on college interest or offers in recent months. He began his senior travel season back in April with only a handful of scholarship offers, primarily from the mid-major realm. Fast-forward to the current moment and the intimidating force boasts over 25, ones coming from nearly every power conference.

It will be difficult to keep Iwuakor outside of the Rivals150 update next month. Although he comes in the undersized variety at the small-ball center position, his fit in today’s positionless game of basketball could not be any better. Whether it is switching the high-ball screen, playing out of his area on the glass or changing shots as a rim protector, Iwuakor does a lot of the intangible things that often go unnoticed.

Next month, look for Iwuakor to narrow his list to a group of five or eight, he told Rivals.com. No visits are set yet, though he did visit Baylor, Oklahoma, Texas A&M and Houston earlier this year. I would expect at least half of the schools noted to make the cut for Iwuakor, though selecting a favorite for him remains difficult.”

CAN Help Hosting Back to School Fair on August 10th