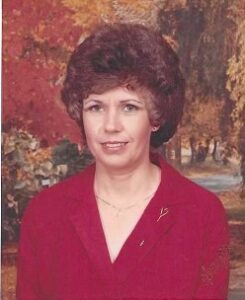 Graveside service for Lois Lynch, age 84, of Sulphur Springs will be held at 11:00 A.M on Monday, January 16, 2023 at Restland Cemetery, Dallas TX with Jeff Tiemeyer and Cody Rushing officiating. There will be no formal visitation. Mrs. Lynch passed away on Thursday, January 5, 2023.

Lois Jean Lynch was born on February 7, 1938 in Erie, PA to Arthur James and Virginia (Sanford) Boone. She married James Ray Lynch on December 12, 1981 in Sulphur Springs. He preceded her in death. Lois worked as a medical receptionist. She was of the Christian faith.