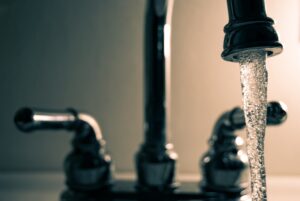 The City of Sulphur Springs seeks to notify that they did not meet Texas Commission on Environmental Quality (TECQ) standards to treat drinking water this past week, although no boil water notice is required and drinking water is safe.

According to a press release by the city, the water’s rating changed from 30 to 265 Nephelometric Turbidity Unit (NTU) within a 2-hour period, which triggered TCEQ reporting laws.

TECQ determined the city does not require a boil water notice, as it did not reach the threshold for a boil water. No action is needed for citizens. Turbidity by itself has no effects, as treatment facility maintained its disinfection.

“It’s okay to drink, it’s not a major, there’s no enforcement action,” Jordan said. “We’re back where we need to be.”

Jordan says high winds at Lake Jim Chapman and below-freezing temperatures led the facility to be not in compliance for less than two hours as high demand on water filters caused increased turbidity.

“Basically, it churned the whole lake like a big spoon,” Jordan noted. “We treat the water based off the clarity of it… when that high wind came through it was like treating chocolate milk.

Overall, the drop in quality lasted only 45 minutes.

“We’re very fortunate we had the experienced personnel in place to think fast and work fast,” Jordan said. “It was unfortunate this happened, but it wasn’t any worse than it could have been.”

Citizens would not have been able to notice this change without sensitive instruments and should suffer no ill effects from the drop in standards.

“It was just one of those situations where the two lined up and caused us a bit of havoc,” Jordan said.