Home fire in Winnsboro near creamery a total loss 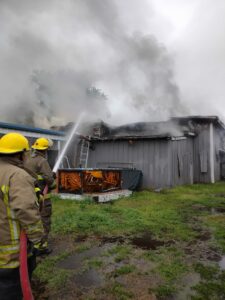 A residential fire in Winnsboro ended with the home as a total loss, according to local fire authorities.

The fire began Monday morning at a home in the 1000 block of Broadway in Winnsboro near the Keller Creamery, according to authorities. Bystanders observed thick smoke pouring out of the home, onlookers noted via social media.

The three-alarm fire caused the home’s residents to be evacuated, and residents were uninjured, authorities said.

However, the home was damaged irreparably, reports noted. Authorities said the fire appears to have begun due to old wiring in an exterior breaker box and quickly spread due to layering of old tin at the residence.

“If you want to put tin on the exterior of your home, please remove the old siding first never place directly on top of the old,” said the Perryville Volunteer Fire Department on social media.

The fire was extinguished by Winnsboro, Franklin County, Ogburn and Perryville fire departments, who also prevented damage to nearby structures. 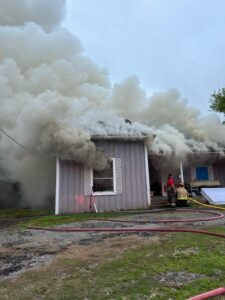