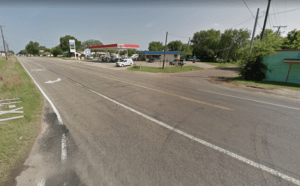 Hopkins Pegues family were involved Monday in a serious car accident, and the community is joining together to support their recovery.

At approximately 5:23 p.m. on April 4, Hopkins County 911 dispatch received a call about a two or three motor vehicle accident at the intersection of State Highway 11 and Farm Route 69.

Como Volunteer Fire Department reported on social media they were on duty less than half a mile away and responded immediately.

Injured parties Jessica Pegues, her sophomore daughter and two other children were attended to by Como VFD and county and DPS medics.

Como VFD reported that three MediVac helicopters landed nearby at the Como ballfield due to the extent of the accident and injuries. The family members were successfully transported to UT-Tyler, CHRISTUS-Tyler and Children’s Hospital in Dallas, according to authorities.

All members of the crash remain in hospital as of Wednesday, according to Como-Pickton ISD.

“All family members are still with us; though one is struggling right now,” the school said.

Jessica Pegues is a former teacher in the Como-Pickton Independent School District and current teacher at Winnsboro ISD. Her daughters attend CPCISD where they are active members of the school community.

Sulphur Bluff ISD noted on social media they plan to wear light blue on April 8 to show support for the family.

“The best thing we can do for the family is to keep them and those involved in our prayers until we know more,” said CPCISD superintendent Dr. Greg Bower on social media.

The incident remains under investigation.

This story is ongoing and will have updates when available.

*An earlier version of this story did not reflect that Ms. Pegues currently works at Winnsboro ISD. It has been corrected.

Home fire in Winnsboro near creamery a total loss