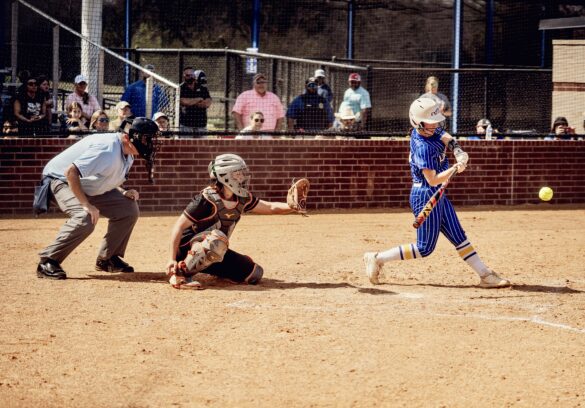 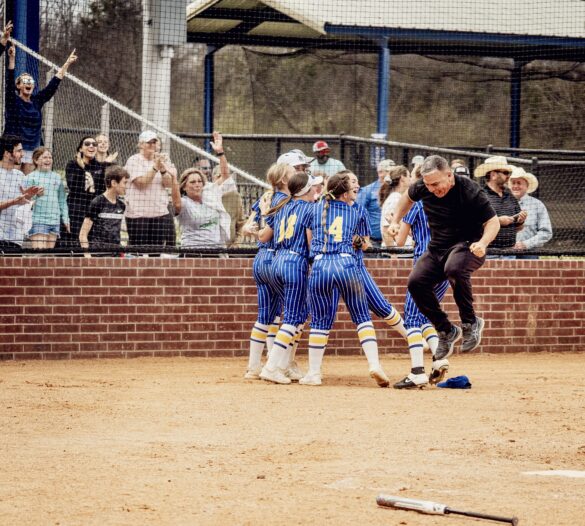 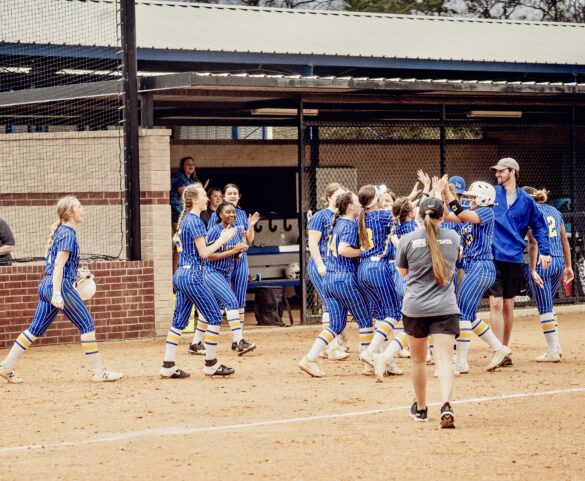 The game looked like it was going to be another pitching duel early in the game, with neither team finding anything offensively in the first couple innings. In the bottom of the second it looked like the Lady Cats were going to strike first, when Parris Pickett led things off with a single.

Kinzlie Smallwood followed up with a double off the wall, putting runners on second and third with no outs. Crimson Bryant was next and drew a walk, loading the bases with no outs. Despite the great position to get on the board first, Sulphur Springs was unable to bring the runners in, striking out and lining into a double play to end the inning.

Texas High took advantage of the opportunity, putting together a huge two-out rally in the top of the third. After Bryant struck the first two batters out, Texas High strung together four runs, giving themselves a big 4-0 lead entering the bottom of the third.

Addison Caddell took over on the mound in the fourth inning and got off to a great start, getting a one-two-three inning in the fourth. Pickett once again led the bottom of the fourth off with a walk, and Smallwood followed with a single, putting runners on second and third.

Later in the inning both runners came in to score on an error, making the score 4-2. Later in the frame Jadyn Harper hit an RBI single, bringing the Lady Cats within one run.

In the bottom of the fifth Pickett and Smallwood once again gave Sulphur Springs a chance to score, hitting back-to-back singles with two outs. Unfortunately the runners were left stranded, keeping the score at 4-3.

Caddell continued to pitch well in the sixth and seventh innings, putting her team in good position to come back and win the game in the bottom of the seventh.

Needing one run to tie and two runs to win, Reese Ragan opened the bottom of the seventh with a leadoff single. Later in the inning she advanced to second on a passed ball, putting the tying run in scoring position with one out left.

With two outs and a full count, Pickett once again came up very clutch for her team, hitting a double off the wall to tie things up. Smallwood kept her hot day going, hitting a single in the gap between short and third. Pickett, who was running on contact, saw the opportunity and came in to score, winning the game for Sulphur Springs by a final score of 5-4.

Pickett and Smallwood were the leaders offensively, getting on base a combined eight times. Caddell picked up the win for the Lady Cats, throwing four shutout innings after entering the game trailing 4-0.

The win improves the Lady Cats district record to 4-0, keeping them at the top of the district. They will be back in action with a pair of district games next week, starting with a road game Tuesday at Marshall. They return home Friday to face Pine Tree. In both games the junior varsity will begin at 4:30 p.m. with the varsity to follow.