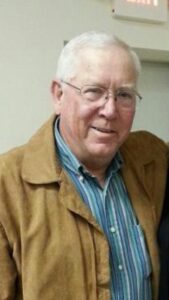 Tommy passed away on Tuesday, September 7, 2021 at his home. He was born on October 18, 1946 in Campbell, Texas the son of William Howard Winstead and Mel D. Blount Winstead. He married Helen Cole on May 2, 1967 in Como, Texas and she survives. Tommy served in the United States Army, he owned and operated his dairy farm for over 40 years, and then drove a milk truck for Ballard Trucking for 17 years. He was the president of the Saltillo Volunteer Fire Department for over 10 years. He loved to hunt and spend time with his family.

Tira News for 9/9 by Jan Vaughn