The city of Cumby discussed grant funding, monies owed to the Internal Revenue Service (IRS), copier replacement and the resignation of a council member, among other items of business at an Aug. 17 special council meeting.

The council meeting was called to order at 6:34 p.m. No citizens presented themselves for comment during the public comment portion of the meeting.

The council then unanimously approved their consent agenda.

The council heard and unanimously approved a monthly maintenance report from the utility department.

The council went into executive session from 6:38 p.m. until 7:34 p.m. to “discuss some delicate issues of upgrading our security,” according to Mayor Doug Simmerman.

After emerging from executive session, the council voted unanimously to sell city-owned land at 206 East Main Street and 102 Frisco Street at a later, undetermined date.

Simmerman presented an update on the American Rescue Plan Act. As a municipal government, Cumby is eligible to receive funds from this legislation.

“We’ve gotten County Management to do all our paperwork for us,” Simmerman noted. “We will be moving forward with this money and we’ll be waiting on the final dates for that to move forward.”

Simmerman updated the council regarding a “Constellation [energy] statement [bill] from the February ice storm,” which the council previously determined was “an extremely large amount of money.”

Simmerman stated the city had contacted the office of State Rep. Bryan Slaton, who “had a representative that would get us in touch with the public utility commission… and they’re researching and investigating that to make sure it’s up to par.”

The council then discussed replacing the city copier machines, which Simmerman stated were “up and down” in functioning.

According to council member Ryan Horne, the city is in need of three copiers (one municipal, one court and one police) as the age of the machines is 12 years old or greater.

Simmerman stated the city looked into contracting with Dallas business Datamax Texas, which leases copiers and provides ink and toner for the cost of $263 per month.

Council member Wayne Mobley stated that his “ex-company” was willing to donate a copier to the city. However, city secretary Betty Jo Hardman stated she would prefer to contract with Datamax, as they provided on-site maintenance included in the cost.

With no further discussion, the council voted unanimously to contract with Datamax to replace two of three copy machines.

“We intend to settle up and pay out for the remaining tax liabilities,” Simmerman said.

Simmerman credited council member Betty McCarter for “doing a lot of the leg work” through itemizing receipts. Simmerman stated McCarter negotiated the initial IRS audit down from approximately $37,000 through her findings.

Municipal judge Lana Adams then presented the need for a consolidated court fund for juvenile offenses. The rates Adams proposed, as set by the state, are 10 cents on every conviction and a $5 truancy fee per conviction.

“This is a rubber stamp function for y’all, but you have to maintain the fund,” Adams stated.

The council voted 3-1 to pass the motion, with mayor pro-tempore Sheryl Lackey voting against the action as no specific fund had yet been established for the monies, she stated.

The council then heard a presentation from Lackey regarding trash service.

“On utility billing, we’re finding that trash cans… if people put out two, sometimes they’re only being billed for one,” Lackey said. “I’ve reached out to Republic [Sanitation Services], and they’re willing to do an audit.”

Lackey stated she believed the city needed to write down the number of trash cans it collected, “so that we can bring in the correct number of money per trash can.”

Council member Amber Hardy stated she has seen citizens put out non-Republic trash receptacles, only to have Republic Services collect them.

“I think that’s up to them. I don’t think they have to pick that up,” Simmerman said.

“There’s a lot of issues and problems that need to be worked through,” Lackey concluded. “We need to be aware of it and we could get a whole lot more revenue.” 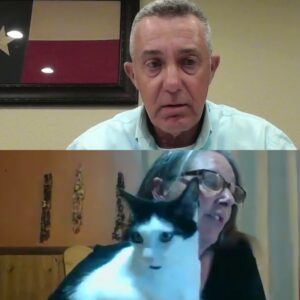 Lackey attempted to tender her resignation to the group by reading a resignation letter into the record.

In the letter, Lackey cited that her roles as council member as well as unpaid roles as Cumby’s interim city secretary and interim utility clerk did not leave enough time for family commitments.

However, the council did not accept Lackey’s resignation.

“I would like to be able to do investigations into other issues that have recently come to our attention,” city attorney Leigh Thompson noted. “I would recommend you guys wait a full eight days and then call a special meeting.”

“You cannot withdraw at this time,” Simmerman advised Lackey.

Thompson did not specify what “other issues” were.

Lackey stated she would temporarily withdraw her resignation, “in order to give y’all time to do whatever it is y’all need to do.”

No motion was made to accept the resignation, and thus it was not accepted. Therefore, the remaining two agenda items (nominations for Lackey’s place on the council and mayor pro tem position) were voided.

With no further business, the meeting was adjourned at 8:12 p.m.