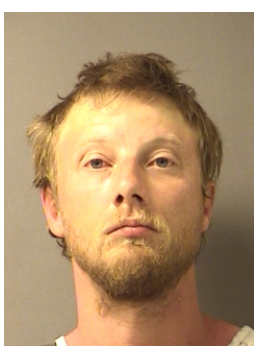 A 42 year old Como man was arrested by Hopkins County Sheriff’s Office on Friday night after he allegedly struck another man in the head with a pipe during a physical altercation.

HCSO was contacted by a complanaint at Joe Bob’s in Como in regards to a vehicle driving reckless in the area of McBride St. in Como. HCSO made contact with the driver and passenger who stated they were speaking with an individual at the residence and have not been driving reckless. The deputy then cleared from the area.

Deputies arrived on scene and made contact with more than one witness on scene. Deputy Aaron Chaney checked out at the hospital to make contact with the victim and additional witness. Witnesses on scene who advised the vehicle had been following them to the location.

Deputies spoke with both parties of the altercation and determined Jumper wielded the pipe prior to making contact with the driver of the vehicle with intentions to use the weapon if a physical altercation ensued.

Jumper was placed into custody and statements and photographs were collected by Deputies on scene and at the hospital. The pipe was recovered in the area after it was thrown by a witness on scene.

Jumper was transported to the HCSO Jail and booked in on the charge of Aggravated Assault with a Deadly Weapon.