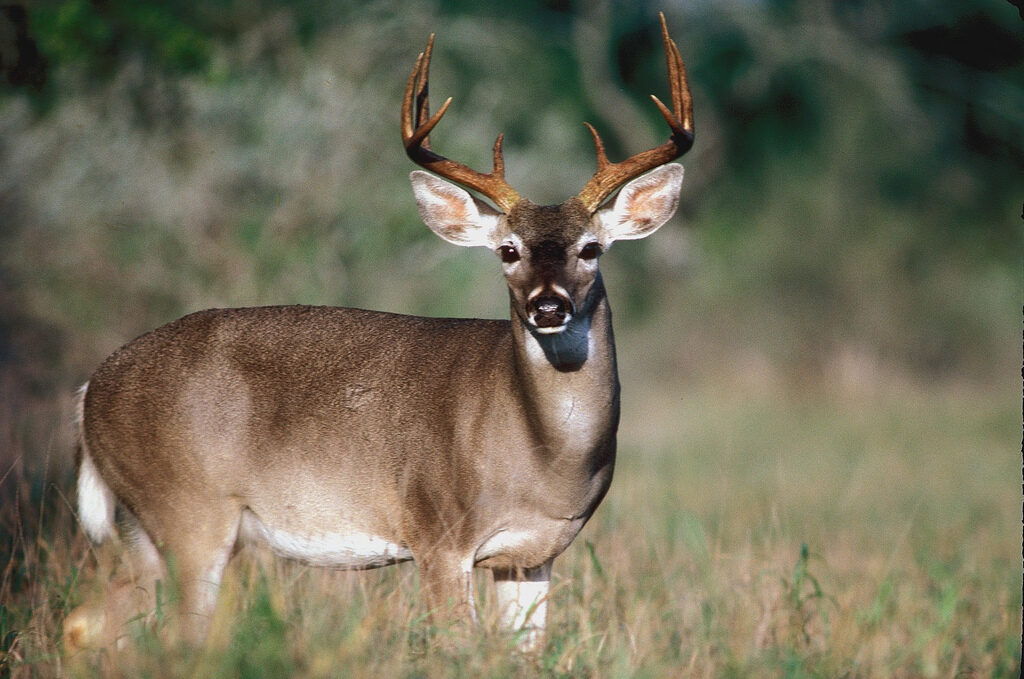 AUSTIN – Well distributed and timely precipitation across much of Texas in the spring, along with positive long-term growth among the state’s white-tailed deer population, has set the stage for a favorable 2020-21 hunting season. Spring rains allowed many regions of the state, including South Texas, Edwards Plateau and areas west to recover from last year’s very dry fall and winter, leading to an abundance of quality forbs and shrubs, both of which are critical for deer nutrition. These conditions have lent to a good start to antler growth and positive outlook for fawn recruitment numbers.

“With any luck we’ll receive another rain or two in July solidifying the good conditions and setting the stage for another favorable hunting season,” said Alan Cain, White-tailed Deer Program Leader at Texas Parks and Wildlife Department (TPWD).

TPWD biologists estimate that the state’s deer population is around 5.5 million deer, or a density of 49.25 deer per 1,000 acres. However, that density is not uniform across the state and those areas with better habitat tend to support higher deer populations. TPWD data suggests that the hunter success rate in 2019 was estimated to be 60% and similar trends can be expected for the 2020-21 season. The Edward’s Plateau and the Cross Timbers regions of Texas are forecast to have the highest deer populations.

“From a statewide perspective, hunters might expect to see a higher proportion of bucks in the 6.5 to 8.5-year age classes as a result of above average fawn crop in previous corresponding years while other age classes reflect a more even distribution,” Cain said. “While doe harvest has been down slightly in the last couple of years, which is likely contributing to a widening ratio of does to bucks, the good news for hunters is that there should be plenty of carryover from previous years.”

Hunters looking for a place to hunt or a change of scenery this fall are encouraged to apply for one of TPWD’s many drawn public hunt opportunities.

TPWD wants to remind hunters that mandatory harvest reporting is required when taking an antlerless deer during archery, youth-only, muzzleloader or the 4-day doe days during general season in the following counties: Austin, Bastrop, Caldwell, Colorado, Dewitt, Fayette, Gonzales, Guadalupe, Karnes, Lavaca, Lee, Waller, Washington and Wilson. Counties also included are Goliad, Jackson, Victoria and Wharton counties north of U.S. Highway 59 and Comal, Hays and Travis east of IH-35. Harvests must be reported within 24 hours of taking an animal via the free My Hunt Harvest app. Public land hunters can also use the My Hunt Harvest app to complete their on-site registration electronically.

All season dates by animal, along with regulations, harvest means and methods and more, can be found online in the Outdoor Annual. The 2020-21 Outdoor Annual will only be available digitally for the upcoming hunting and fishing season. Hunters will have the ability to print copies of relevant portions of the Outdoor Annual before heading to the field. Hunters can also download the free Outdoor Annual mobile app on iOS and Android.

White-tailed deer and Mule Deer are Chronic Wasting Disease-susceptible animals. As such, prior to hitting the field, TPWD asks that hunters review CWD information to find area testing requirements and carcass movement restrictions in CWD Containment and Surveillance Zones. New for the 2020-21 season, a CWD zone has been established in Kimble County. Additional information about CWD can be found on the TPWD website.