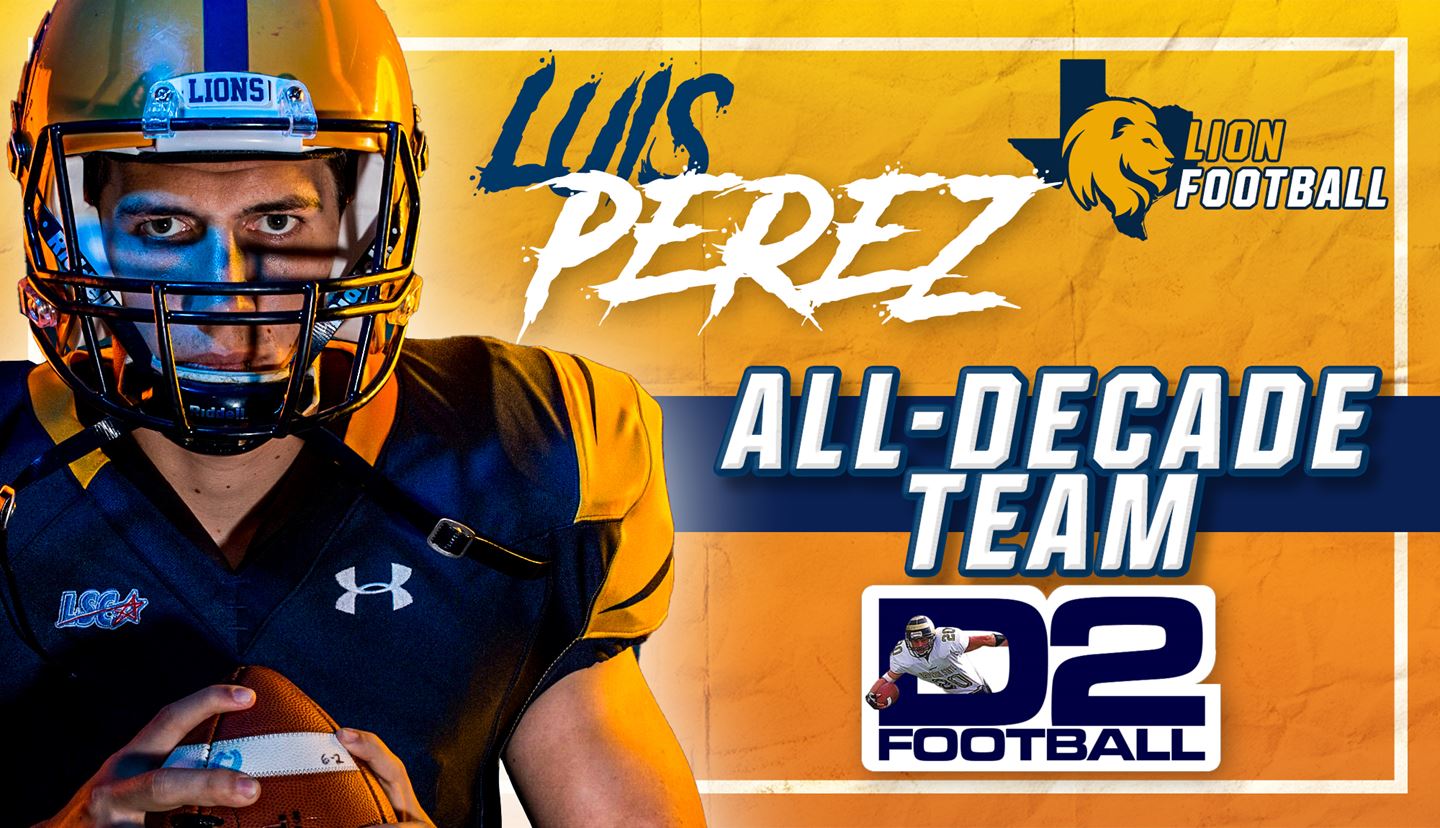 COMMERCE – Harlon Hill Trophy winner and professional quarterback Luis Perez, who starred for the Texas A&M University-Commerce Lions from 2016-17, has been named to the D2Football.com All-Decade Team as the second team quarterback, as announced Tuesday.

Perez was the winner of the 2017 Harlon Hill Trophy, awarded to the top Division II college football player in the nation. He completed 421-of-596 passes for 5,001 yards, 46 touchdowns, and 11 interceptions. The 5,001 yards are the fourth-most by a quarterback in a single Division II season. He also set Division II Championship records for pass completions (144), pass attempts (211) and passing yards (1,570). He became the first quarterback to pass for over 300 yards in the National Championship game since 2005 and tied a Division II and Lone Star Conference record for the most 200-yard passing games in a season with 14. He became the first Harlon Hill Trophy winner to also win a Division II National Championship since 2002 and only the sixth overall in the 32-year history of Division II’s premier football award.

For his career, Perez completed 665-of-985 passes for 8,327 yards, 78 touchdowns, and 16 interceptions. He was the starting quarterback for 28 games, leading the Lions to a 25-3 record, two NCAA Division II playoff appearances, and a Lone Star Conference championship. He completed his collegiate career by leading the Lions on a 10-game winning streak, including four road or neutral playoff games on the way to the National Championship.

Following his graduation from A&M-Commerce, Perez made NFL camps with the Los Angeles Rams and Philadelphia Eagles, was the first quarterback drafted in the Alliance of American Football by the Birmingham Iron, was selected by the Los Angeles Wildcats of the XFL, and was the starting quarterback for the XFL’s New York Guardians prior to the cancellation of the remainder of the 2020 season due to the coronavirus pandemic.