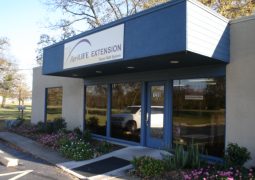 Many wildlife diseases are transmissible to humans. Diseases such as rabies and plague are familiar to many people, but there are other, lesser known diseases that also are significant to human health. Persons who often come in contact with wildlife should be aware of these diseases and take precautions to minimize the risk of infection. Even without contact with wildlife, some diseases can be transmitted by ticks or fleas or by ingestion of contaminated food and water.

Anyone who engages in outdoor activities should know about disease prevention methods. Rabies, sometimes called “hydrophobia,” is a viral disease that affects the central nervous system. Rabies is normally transmitted to humans from the bite of a rabid animal or from the saliva of a rabid animal entering the blood stream through open cuts or scratches. Only warm blooded animals are susceptible to the rabies virus. In Texas, the most commonly infected wild animals are skunks, bats, coyotes, raccoons and foxes. Rabid animals cannot always be identified easily. Any animal that seems abnormal in appearance or behavior, acting either overly aggressive or unusually tame, should be avoided. There is the possibility of rabies exposure with any wild animal bite or attack, so if this occurs the Texas Department of Health should be contacted. Cattle with furious rabies can be dangerous, attacking and pursuing people and other animals. Lactation ceases abruptly in dairy cattle. The usual placid expression is replaced by one of alertness. The eyes and ears follow sounds and movement. A common clinical sign is a characteristic abnormal bellowing, which may continue intermittently until shortly before death. In North America, distinct virus variants are responsible for rabies perpetuation in red and Arctic foxes in Canada and Alaska, raccoons along the eastern seaboard from Maine to Florida, and gray foxes in the southwest, including Arizona, Colorado, and Texas.

Two different variants are responsible for rabies in striped skunks, one in the south central states and the other in the north central states, which often extends into the Canadian prairies. Another skunk rabies virus variant is found in California. By comparison, the epidemiology of rabies in bats is complex. In general, each variant found in bats may be characterized with a predominant bat species. Spillover from bats to other mammals is seen infrequently. Most human cases of rabies in the USA in the past decade have been caused by bat rabies virus variants (especially viruses associated with Lasionycteris noctivagans, the silver-haired bat, and Perimyotis subflavus, the tricolored bat). Rabies has the highest case fatality of any infectious disease. When a person is exposed to an animal suspected of having rabies, the risk of rabies virus transmission should be evaluated carefully. Risk assessment should include consideration of the species of animal involved, the prevalence of rabies in the area, whether exposure sufficient to transmit rabies virus occurred, and the current status of the animal and its availability for diagnostic testing. Wild carnivores and bats present a considerable risk where the disease is found, regardless of whether abnormal behavior has been observed. Insectivorous bats, though small, can inflict wounds with their teeth and should never be caught or handled with bare hands. Bat bites may be ignored or go unnoticed, so direct contact with bats could be considered a risk of virus exposure. Any wild carnivore or bat suspected of exposing a person to rabies should be considered rabid unless proved otherwise by laboratory diagnosis; ideally, this includes bats in direct contact with people, such as those found in rooms with sleeping or otherwise unaware persons. Wildlife, including wolf hybrids, should never be kept as pets; if one of those animals exposes a person or domestic animal, the wild animal should be managed like free-ranging wildlife.

Any healthy domestic dog, cat, or ferret, whether vaccinated against rabies or not, that exposes (bites or deposits saliva in a fresh wound or on a mucous membrane) a person should be confined for 10 days; if the animal develops any signs of rabies during that period, it should be euthanized and its brain promptly submitted for rabies diagnosis. If the dog, cat, or ferret responsible for the exposure is stray or unwanted, it may be euthanized as soon as possible and submitted for rabies diagnosis. Since the advent of testing by immunofluorescence microscopy, there is no value in holding such animals to “let the disease progress” as an aid to diagnosis. For more information on this or any other animal health issue contact your veterinarian.

Coronavirus and Diabetes: What You Need to Know by Johanna Hicks, Family & Community Health Agent