Arkansas Man Arrested After He Flees I-30 Traffic Accident with Injured Children In Car. 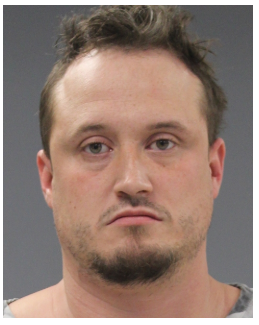 Sulphur Springs Police Department arrested 32 year old Tommy Lee Jones of Heber Springs, Arkansas yesterday after he fled the scene of an accident on I-30. He left his injured children in the vehicle when he fled.

Officers were en route to a reported accident on the interstate when dispatch informed them that a subject had fled on foot and was running west bound on Industrial Drive. An officer located Jones and identified him as the fleeing subject.

Jones was allegedly acting erratic and told the officer he had a warrant. He was detained and returned to the accident scene. A records check showed an Arkansas warrant for Parole Violation and he was taken into custody.

The injured children in Jones’ vehicle were transported to the hospital with possible serious injuries.

Jones has also been charged with Accident Involving Injury or Death. He is held at Hopkins County Jail. Bond has not been set.