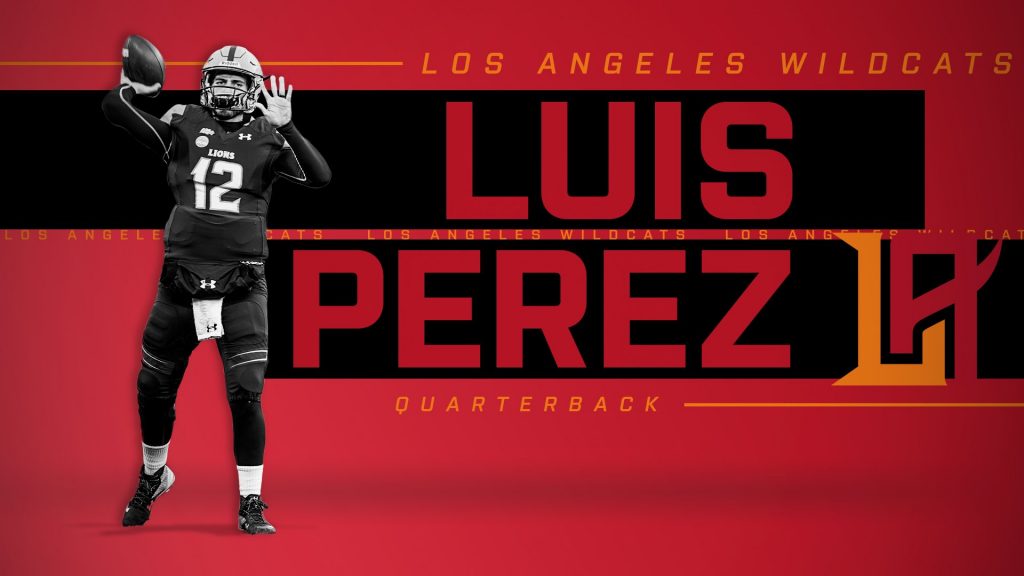 Former Texas A&M Commerce quarterback Luis Perez became the first player in the XFL’s Los Angeles Wildcats’ franchise history when he was assigned to the team today. The new 8 team XFL begins play in February of 2020.

Perez led A&M Commerce to a National Championship in 2017 and was named 2017 Division II Player of the Year. Perez most recently played with the Alliance of American Football’s Birmingham Iron. Perez led the Iron to a 5-3 record before the league folded.